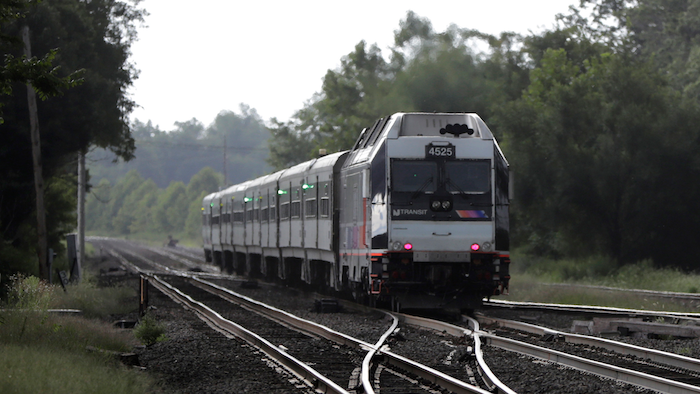 WASHINGTON (AP) — The railroad industry has installed safety technology on nearly 90% of tracks where it is required, federal officials said Wednesday, but "significant work" is needed to ensure the technology is completely installed by a December 2020 deadline.

Federal Railroad Administration chief Ronald Batory told a Senate committee that technology known as positive train control, or PTC, is in operation on more than 50,000 route miles (80,000 kilometers) of the nearly 58,000 miles (93,000 kilometers) where it is required. The GPS-based technology is intended to prevent deadly crashes by automatically stopping or slowing a train before a collision or derailment.

Congress required in 2008 that railroads adopt PTC and gave them seven years to do the job. When it became clear that wasn't enough, Congress extended the deadline through 2018 and again through Dec. 31, 2020. No more extensions are expected.

At a hearing Wednesday before the Senate Commerce, Science and Transportation Committee, Batory praised the railroad industry for "its significant progress" toward fully putting PTC systems in place nationwide, despite a series of delays that pushed the current deadline to 12 years after Congress initially adopted the law.

"Nonetheless, railroads must still complete significant work to fully implement their PTC systems by December 31, 2020," he said, adding that the railroad agency "will continue to hold railroads accountable for timely implementation of PTC systems and will enforce the statutory mandate."

The industry expects to spend nearly $15 billion implementing the technology on Amtrak and freight and commuter railroads throughout the country. An additional $80 million to $130 million a year will be spent on maintenance and operation, according to the American Public Transportation Association, an industry group.

Forty-two railroads are subject to the PTC mandate, including 30 commuter railroads, Amtrak and 11 freight railroads. According to the National Transportation Safety Board, 22 rail accidents it investigated since the 2008 law could have been prevented by PTC, including the December 2017 derailment of an Amtrak passenger train in Washington state that killed three passengers and injured 57 people.

Sen. Roger Wicker, R-Miss., the committee chairman, said after the hearing he was "mindful there's some challenges" in implementing PTC, but said he was confident most or all of the required installation would be completed ahead of the 2020 deadline.

Officials will likely have a better handle on progress by the end of this year, Wicker said, adding, "I don't know if we're going to vaporize people who do not comply."

In a report last month, the NTSB's vice chairman blasted what he described as a "Titanic-like complacency" among those charged with ensuring that train operations on the new Amtrak route from Tacoma, Washington, to Portland, Oregon, were safe.

PTC had not been implemented on the new bypass route when the derailment occurred, but now is in effect on the bypass and on the rest of the Amtrak Cascades passenger route from the Canadian border to Eugene, Oregon, officials said.

Bruce Landsberg, the NTSB's vice chairman, said the term "accident" was inappropriate "because that implies that this (2017 derailment) was an unforeseen and unpredictable event. It was anything but unforeseeable."

Sen. Maria Cantwell of Washington state, the committee's top Democrat, pushed Batory and other regulators to enforce the new deadline for implementing PTC. Fines of up to $28,474 a day can be imposed on railroads that fail to meet the deadline.

"It's unacceptable that in the year 2019 we have not fully implemented this important safety measure," Cantwell said.