The final train car remaining from the June 28 accident was removed from the tunnel northeast of Detroit last week. 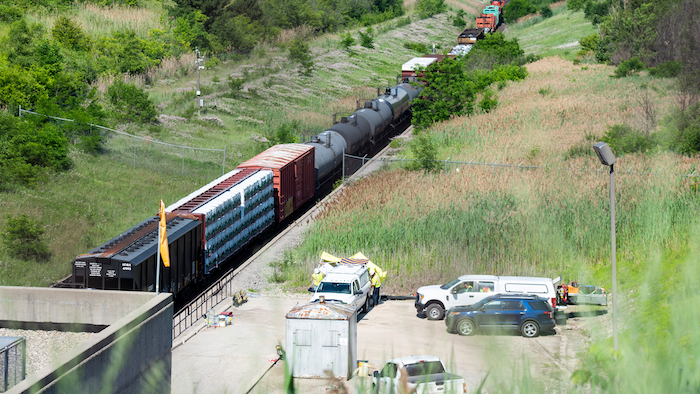 A freight train that derailed in an international tunnel connecting Michigan and Canada, sits on the track, Friday, June 28, 2019, in Port Huron, Mich.
Brian Wells//The Times Herald via AP

An international train tunnel connecting Michigan's Port Huron to Sarnia, Ontario, has been cleared and repaired following a multi-car train derailment that spilled sulfuric acid and damaged the tracks.

The Times Herald of Port Huron reports the final train car was removed from the tunnel northeast of Detroit last week and remaining liquids were pumped out. About 40 freight cars left the tracks early on June 28 in the tunnel beneath the St. Clair River. No one was injured.

Canadian National Railway says crews laid new track for the entire tunnel and the first train has passed through since the derailment. CN says the spilled sulfuric acid was removed or neutralized, and there's no anticipated environmental harm or public safety threats.

Safety officials in the U.S. and Canada are investigating.