An official denied that the move is a direct response to the growing trade friction between the U.S. and China. 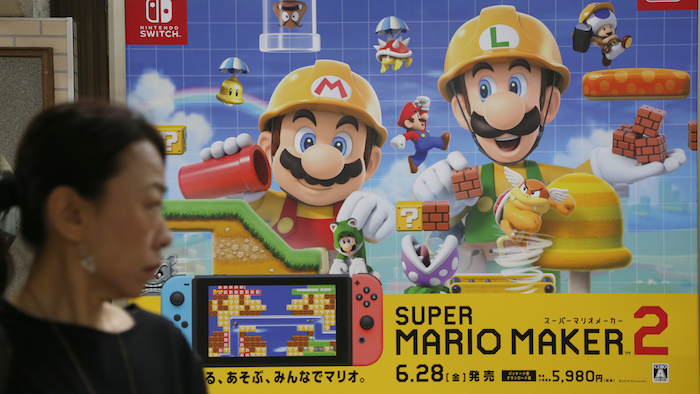 A woman walks by an advertisement poster of a Nintendo in Tokyo in Tokyo, Tuesday, July 9, 2019. Nintendo Co. says it plans to start making its Switch console in Vietnam this year, transferring some of its production from China.
AP Photo/Koji Sasahara

TOKYO (AP) — Nintendo Co. plans to start making its Switch video game console in Vietnam this year, transferring some of its production from China, a company spokesman said Tuesday.

The official, who spoke on customary condition of anonymity, said the change has been in the works for some time, to reduce risks that come from having production in one nation. He denied it was a direct response to the growing trade friction between the U.S. and China.

About 40% of annual Switch sales are in the U.S., and 20% in Japan. All production so far has been in China.

Switch sales for the last fiscal year totaled 17 million machines, falling short of the company goal of 20 million, according to the Kyoto-based maker of Super Mario and Pokemon games.

This fiscal year, which runs through March 2020, Nintendo hopes to ship 18 million Switch machines. The Switch is a hybrid game machine that works both as a console and a tablet. It went on sale about two years ago.