How the Trump Tariffs Could Hurt the Economy

Escalating tariffs on imports to the U.S. have begun to amount to serious money — and potentially to imperil one of the most resilient economies in American history. 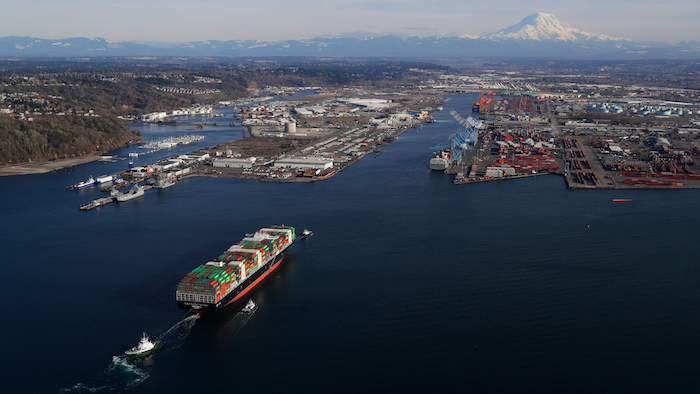 In this March 5, 2019, file photo, a cargo ship arrives at the Port of Tacoma, in Tacoma, Wash.
AP Photo/Ted S. Warren, File

Ten billion here, ten billion there: President Donald Trump's escalating tariffs on imports to the United States have begun to amount to serious money — and potentially to imperil one of the most resilient economies in American history.

Until now, the economy has largely shrugged off damage from Trump's trade wars. Even as the self-proclaimed Tariff Man piled import taxes on everything from Turkish steel to Canadian aluminum to Chinese burglar alarms, the job market has remained sturdy. At 3.6%, the unemployment rate is at its lowest point in a half-century. In July, the expansion that followed the Great Recession will become the longest on records dating to 1854.

But over the past month, Trump has made a higher-stakes gamble on the economy's durability. He's more than doubled tariffs on $200 billion in Chinese imports. He's preparing to tax an additional $300 billion in goods from China, extending his import taxes to everything Beijing sells to the United States.

And in a move that alarmed some of his own advisers and caught investors by surprise, Trump said he would impose a 5% tax on Mexican imports starting Monday — a tax that would reach 25% by Oct. 1 if the Mexican government fails to stop a flow of Central American migrants into the United States.

Combined, the actions mark a broad escalation of Trump's trade wars. The new tariffs on Chinese and Mexican imports amount to potentially $190 billion a year in new taxes — paid by U.S. importers and typically passed on to consumers. For American households, this means higher prices on fruits and vegetables, autos, electronic components and other necessities. What's more, exporters, especially farmers, can expect to suffer retaliation when China and Mexico hit back with tariffs or other sanctions on exports from the United States.

The tariffs inflict other damage that is harder to measure. They generate uncertainty for American businesses over where to buy supplies, sell goods or situate factories and offices. And they rattle investors and undercut consumer and business confidence.

Researchers at UBS calculate that a 25% tariff on all Chinese imports would shave a full percentage point from U.S. growth over the next year. The economy grew 2.9% in 2018 and will likely be weaker for 2019. Add a 25% tax on Mexican goods, they say, and the United States could tumble into recession for the first time since 2009.

The Federal Reserve has taken notice. Chairman Jerome Powell made clear this week that the Fed is prepared intervene, likely by lowering interest rates, if the trade wars were deemed to threaten the expansion.

Still, it's far from sure that Trump's trade conflicts, even if they escalate, will imperil the economy. Pinelopi Goldberg chief economist of the World Bank, and economists Pablo Fajgelbaum of UCLA, Patrick Kennedy of the University of California, Berkeley, and Amit Khandelwal of Columbia University, calculated that the economic loss from the trade wars last year amounted a minuscule 0.04% of gross domestic product — the broadest gauge of economic output. (Their figure doesn't include the latest tariff threats.)

One reason is that trade accounts for a surprisingly small portion of the economy. Exports and imports combined equal just 27% of U.S. GDP, the World Bank calculates. The share is lower in only seven other countries, none of them an industrial power like the U.S.

Yet despite its modest economic role, trade punches above its weight in American political discourse. Consider the revamped version of the politically contentious North American Free Trade Agreement that the U.S. negotiated last year with Canada and Mexico, one of Trump's policy achievements. Trump said the new pact — the U.S.-Mexico-Canada Agreement — would create jobs and restore America's status as "a manufacturing powerhouse" by drawing factories back to the U.S. from low-wage Mexico.

But the independent U.S. International Trade Commission analyzed the new agreement and concluded that it would boost the economy by just $68 billion and add 176,000 jobs over six years — negligible gains in a $21 trillion economy and a job market exceeding 150 million people.

Likewise, said Jason Furman, who served as chairman of President Barack Obama's Council of Economic Advisers, "to date most of (Trump's) trade war has been too small to have a large aggregate economic impact."

That said, Furman warned that if the China tariffs were extended to all products and if tariffs were also imposed on Mexico, "we could start to actually see the trade war in jobs, GDP and other aspects of the economy."

Furman, who is now at the Harvard Kennedy School, said he doubts the new tariffs would "tip the United States economy into recession ... but they would certainly help push it in that direction."

For months, businesses and investors have largely convinced themselves that Trump would deploy his tariffs only temporarily, as leverage to pry concessions from China, Mexico and others. And just over a month ago, it looked as if the U.S. and China were nearing a resolution in their conflict over Beijing's aggressive push to overtake American technological dominance. But negotiations collapsed — and Trump ramped up tariffs — after the U.S. side accused Beijing of reneging on commitments made earlier in the negotiations.

Even more unsettling was Trump's sudden decision to tax Mexican imports. This came less than two weeks after he'd lifted tariffs on Mexican and Canadian steel and aluminum, which had seemed an effort to ease tensions with America's neighbors and persuade their lawmakers to ratify the revamped North American trade agreement.

"People were blindsided" by the escalation of tensions with China and Mexico, said Johan Gott, a principal at the consulting firm A.T. Kearney.

In the meantime, companies like Playtime Engineering in San Francisco, which designs and sells Blipblox toy music synthesizers assembled in China, is bracing for the next round of tariffs on Chinese imports.

"We can't just flip a switch and move to a different factory," said Troy Sheets, a company co-founder. "It would be nice to know where we should be looking to build our future products."

Playtime might dodge the tariffs by dropping sales in the United States and relying on customers in Japan and Europe.

Likewise, M. Holland, a Chicago-based distributor of thermoplastic resins, said the tariff war is paralyzing its customers, which include automakers and packaging manufacturers. The company has put off decisions on orders, contracts, investment and hiring until it knows how the trade conflicts will shake out, said Dwight Morgan, an executive vice president.

For Karla Klingner, CEO of the holding company Palindromes, the conflict is complicating plans to buy a meat processing plant in the Midwest. The operation faces a tariff double-whammy. Its pork goes to Mexico, where workers cut the meat, then returns to America. Crossing the border twice means the pork will likely be hit twice — once by Trump's tariffs and once by Mexico's retaliation.

"We're having to put together Plan A, Plan B, Plan C," Klinger said.

Some companies had sought to avoid the tariffs on Chinese imports by switching to Mexico only to see Trump hit Mexican imports, too.

"There is this creeping sense of paranoia," Gott said. "Where is really safe?" 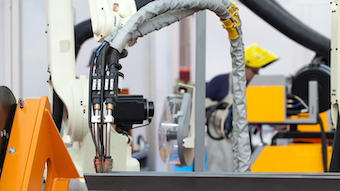 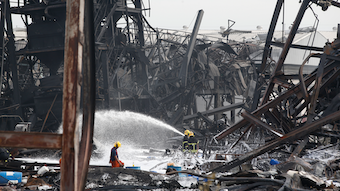