Although sales of its Galaxy S10 smartphones have been solid, the profitability of its mobile business still declined because of stronger competition in low- to mid-priced handsets. 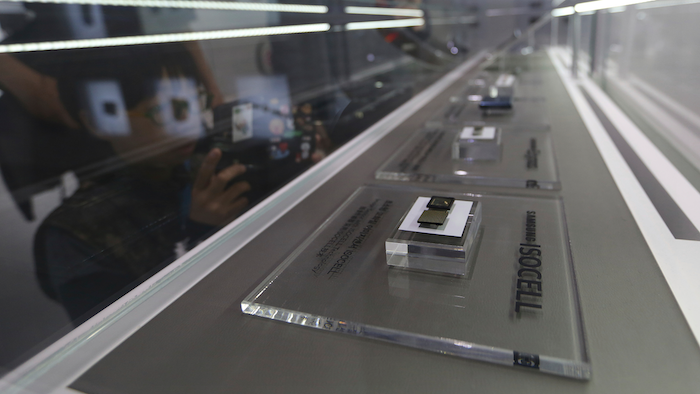 Samsung Electronics Co. said Tuesday its operating profit for the last quarter declined more than 60% from a year earlier because of falling chip prices and sluggish demands for its display panels.

The South Korean technology giant said its operating profit for the January-March period came in at 6.2 trillion won ($5.2 billion), which was similar to an estimate it announced earlier this month.

Samsung's revenue for the quarter was measured at 52.4 trillion won ($45 billion), which represented a 13.5% drop from the same period last year.

While Samsung said sales of its flagship Galaxy S10 smartphones have been solid, the profitability of its mobile devices business still declined because of stronger competition in markets for low- to mid-priced handsets.

Samsung predicted price declines to continue with memory chips in the second quarter despite expectations for modest improvement in demands driven by mobile products. Samsung expects its display business to rebound in the second half of the year, predicting higher demands for flexible screens in new smartphone launches.

Samsung, which has dual strength in parts and finished products, is the world's biggest maker of memory chips and smartphones.