European Union authorities said the merger between France's Alstom and Germany's Siemens railway activities would have created a near-monopoly in the region. 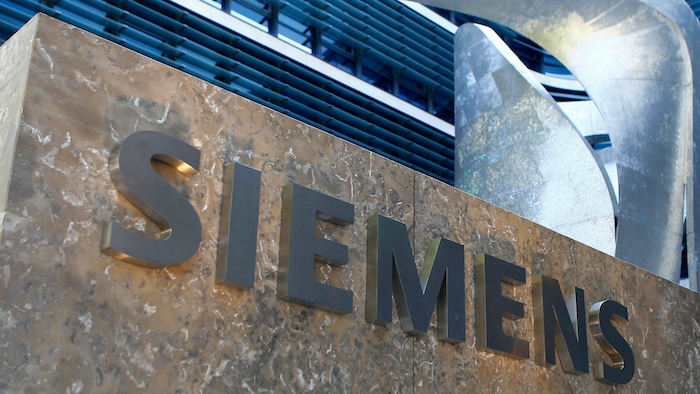 European Union authorities on Wednesday blocked a deal to create a rail giant that could compete with China, angering France and Germany, which vowed to change the way the EU works.

The decision raised thorny questions of how to stand up to the growing economic might of China, where the government has no qualms creating state-backed monopolies.

But EU Antitrust Commissioner Margrethe Vestager kept her focus on European customers, saying the Franco-German merger would have created a near monopoly in the region, choking fair competition and leading to higher prices for travelers and companies.

"The merged company would have become, by far, the largest player in Europe," Vestager said, adding that in the rail signaling market there would have be no competition left at all.

Her office is tasked with making sure that competition is fair and consumers have enough choice. In this case, the decision clashed with France and Germany's desire to counterbalance the growing economic might of China, which controls and actively supports many of its biggest companies.

Alstom is best known for making France's TGV and Siemens for Germany's ICE high-speed trains. They face growing competition from China's CRRC Corporation, which had sales of about $33 billion last year. Alstom had $9.4 billion and Siemens' rail unit about $10 billion.

Le Maire said the EU's move will "prevent Alstom and Siemens, the two champions of rail signaling and rail transport, to merge in order to have the same weight as the Chinese big industrial champion."

He called it both a political and "an economic mistake."

Vestager insisted CRRC was not an imminent threat, since more than 90 percent of its activities were still inside China. "It has had less success outside its home market."

"No Chinese supplier has ever participated in a signaling tender in Europe or delivered a single very high-speed train outside China. And there is no prospect of Chinese entry in the European market in the foreseeable future," Vestager said.

"We must consider and decide on future changes to European competition law that make it possible for Europe to shape future developments in this area on an equal basis with its competitors in other regions," German Economy Minister Peter Altmaier told reporters in Berlin.

Le Maire said that "we must look toward the future and revise the rules of European competition."

Le Maire said there would be Franco-German proposals "in the coming weeks to revise the rules of competition and enable us to have an industrial policy much more ambitious compared to our big competitors, Americans or Chinese."

In her decision, Vestager noted she had to also represent the interests of the 26 other EU nations, many of which stood to lose from the merger.

"The Commission prohibited the merger because the companies were not willing to address our serious competition concerns," she said.

Blocking mergers is rare for the EU antitrust office. In three decades, the EU approved more than 6,000 deals and banned less than 30. It blocked only 7 over the past decade.

Competition authorities in Britain, the Netherlands, Belgium and Spain expressed concerns that the new company would be in a dominating position that would potentially overpower smaller rail manufacturers and increase prices in the market.

A look at the history of counterfeiting and new measures being taken to target the $250 billion that industrial businesses lose annually to these illegal activities.
Oct 9th, 2020
Follow Us
Most Recent