The U.S. government is alleging the Chinese tech company went so far as to steal a robot's arm in its bid to get its hands on the wireless carrier's trade secrets. 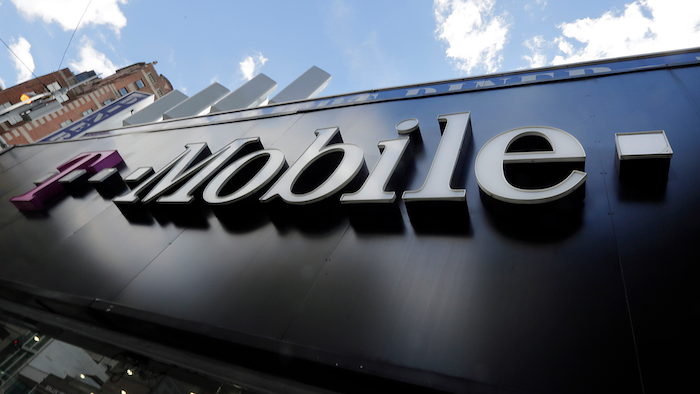 The U.S. government is alleging Chinese tech company Huawei went so far as to steal a robot's arm in its bid to get its hands on T-Mobile's trade secrets.

The Justice Department unveiled a 10-count indictment in Seattle in a case that centers on a T-Mobile phone-testing robot named "Tappy." It's separate from a 13-count case in New York that accuses Huawei, two of its subsidiaries and a top executive of misleading banks about the company's business and violating U.S. sanctions.

Huawei is China's first global technology competitor and one of the world's biggest cellphone companies and makers of telecommunications parts. It has rejected accusations by Washington and some other governments that it is controlled by China's ruling party and might facilitate spying.

But the T-Mobile case portrays a company going to illegal lengths to gain access to others' intellectual property.

"This indictment shines a bright light on Huawei's flagrant abuse of the law," Assistant U.S. Attorney Annette L. Hayes in Seattle said in a statement Monday. A Huawei spokesman did not return phone calls late Monday. T-Mobile declined to comment.

In a civil lawsuit against Huawei over the robot, a federal jury in Seattle awarded T-Mobile $4.8 million in damages in 2017.

Tappy was developed by T-Mobile in 2006 to help spot problems in phones before they hit the market by mimicking how people actually use them. Its aim was to save the company money by having fewer customers return problematic phones.

T-Mobile, which is based in Bellevue, Washington, considered Tappy superior to competitors' phone-testing systems, including those using humans. Allegedly, so did Huawei.

To try to protect its robot, T-Mobile allowed only a few people from outside the company to have access to Tappy in a special area of its lab. After being approved and trained, these people were subject to confidentiality agreements that forbade them from taking photos or videos of Tappy, or trying to reverse-engineer the robot.

Meanwhile, Huawei was looking to break into the U.S. market and improve the quality of its phones. It struck a deal with T-Mobile to sell its devices. Starting in September 2012, T-Mobile let Huawei engineers into the Tappy chamber to test their phones, after Huawei agreed to T-Mobile's conditions.

Huawei first asked T-Mobile if it could license Tappy for broader use, but T-Mobile declined. The government says Huawei then began a scheme to steal Tappy technology and apply it to its own phone-testing robot, called xDeviceRobot, in China.

Prosecutors say Huawei China pushed employees in the U.S. to find out technical details on Tappy, like the sliding speed of its mechanical arm. But T-Mobile gave only limited answers to their questions.

According to the indictment, Huawei employees in the U.S. sent back unauthorized photos of the robot, but ran into roadblocks.

One Huawei employee, identified in the indictment only as "R.Y," wrote in a January 2013 email to Huawei China that, "Once again, we CAN'T ask TMO any questions about the robot. TMO is VERY angry the questions that we asked. Sorry we can't deliver any more information to you." The employee suggested Huawei China send its own engineer to the Seattle lab.

In May 2013, a Huawei China engineer identified as "F.W." arrived in Seattle and sneaked into T-Mobile's Tappy lab two days in a row, helped by authorized Huawei employees. He was kicked out and banned by T-Mobile, but managed to take photos of Tappy.

T-Mobile then banned all Huawei employees from its lab, except for one engineer identified as "A.X," according to the indictment. On May 29, A.X. took a Tappy robot arm out of the lab in his laptop bag. When questioned by T-Mobile, he said he found it in his bag and returned the arm the next day. T-Mobile then took away his access badge.

The government says F.W. took detailed measurements and photos of the robot arm while it was missing and sent the details to China.

Huawei later told T-Mobile that A.X. and F.W. acted on their own, violated Huawei policies and were fired. The government, however, says it was a broader conspiracy.