Court Bans Some iPhones in China

Qualcomm says it's won an order in a Chinese court banning some Apple phones as part of a long-running dispute over patents. 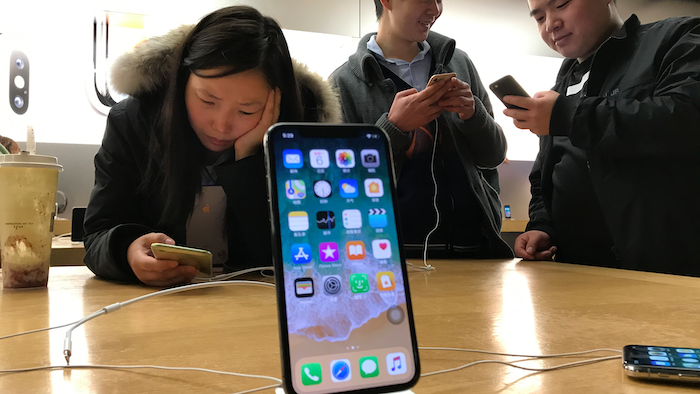 In this Nov. 6, 2017, file photo, shoppers check out the iPhone X at an Apple store in Beijing.
AP Photo/Ng Han Guan, File

U.S. chipmaker Qualcomm says it's won an order in a Chinese court banning some Apple phones in China as part of a long-running dispute over patents.

It's not immediately clear what the full scope of the ruling is. While Qualcomm says the ban covers iPhones 6S through X, Apple says all iPhone models remain available for customers in China.

The dispute is over two Qualcomm patents enabling consumers to format photos and manage phone apps using a touch screen. Apple called it a "desperate move" by Qualcomm and promised to fight it in the courts. Apple said it filed a request Monday for the court to reconsider its ruling.

Qualcomm's general counsel, Don Rosenberg, said in a statement Monday that if Apple doesn't heed the orders, it will seek enforcement of them through tribunals that are part of the Chinese court system.

Although its name isn't widely known outside the technology industry, San Diego-based Qualcomm is one of the world's leading makers of the processors that power many smartphones and other mobile devices. Qualcomm also owns patents on key pieces of mobile technology that Apple and other manufacturers use in their products.

Qualcomm's case against Apple is part of a broader legal strategy it has waged against the iPhone maker around the world, with cases also pending in the United States and Europe.

The two companies have also battled over how much Apple owes in licensing fees to Qualcomm.