Alain Kaloyeros was convicted in July of conspiracy and wire fraud in an upstate New York high-tech jobs program. 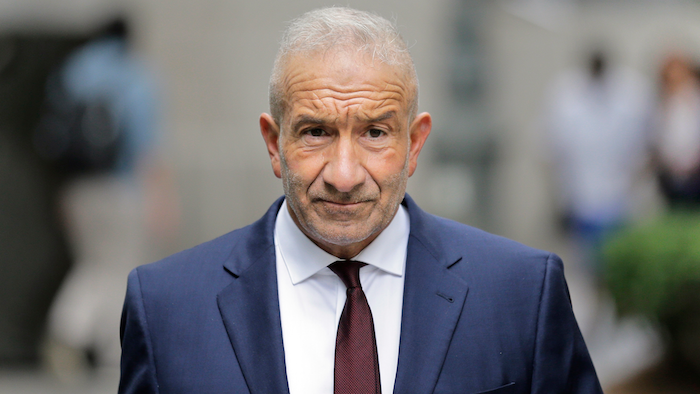 The ex-president of the State University of New York's Polytechnic Institute is facing sentencing in the corruption of Gov. Andrew Cuomo's "Buffalo Billion" economic redevelopment program.

Alain Kaloyeros, born in Beirut in 1956, was the school's president when the Democratic governor tapped him to help a quest to create high-tech jobs in upstate New York.

His lawyers say Cuomo looked to Kaloyeros for expertise after the administration of Republican ex-Gov. George Pataki successfully teamed up with Kaloyeros years earlier to bring semiconductor manufacturing to the Albany area.

Prosecutors seek a substantial but unspecified prison term at Tuesday's sentencing. Defense lawyers are asking for leniency and alternatives to prison.

Kaloyeros, who led the Polytechnic Institute until he resigned in October 2016, was convicted in July of conspiracy and wire fraud after prosecutors presented evidence that the bidding process for the project was rigged to benefit a Buffalo developer and a Syracuse development company.

Federal sentencing guidelines call for a prison term of over 11 years, but even the government concedes that is too much for a fraud that stretched from 2013 through 2015.

Prosecutors said in a sentencing submission to U.S. District Judge Valerie E. Caproni that Kaloyeros was more active than three convicted co-defendants in perpetrating the fraud. His co-defendants have already been sentenced to prison terms ranging from two to three years.

In a defense submission, lawyers for Kaloyeros urged the judge to consider alternatives to incarceration or as little as four months of incarceration if prison is necessary. They noted his tough life, including being the victim in a terrorist attack in war-torn Beirut and being wounded by shrapnel while driving a Red Cross van of injured militiamen before coming to the United States in 1980 to pursue a doctorate in physics.

They cited their client's longtime dedication to teaching and advising students and said he had made a difference in their lives and in promoting science education in upstate New York.

Even since his arrest, he has continued to work on research, co-authoring five scientific articles and submitting four patent applications, his lawyers said.

The prosecution of Kaloyeros was part of a broader case that involved bribes paid to a former top aide to Cuomo who ran the governor's 2014 re-election campaign.

Cuomo once called Kaloyeros his "economic guru" and the governor invited him to appear at the announcement of various economic development projects.

Cuomo was not accused of wrongdoing himself in either case, but the corruption allegations have left a cloud over his administration.