The scooter rental app said it would staff its facilities with employees trained to address potential battery problems. 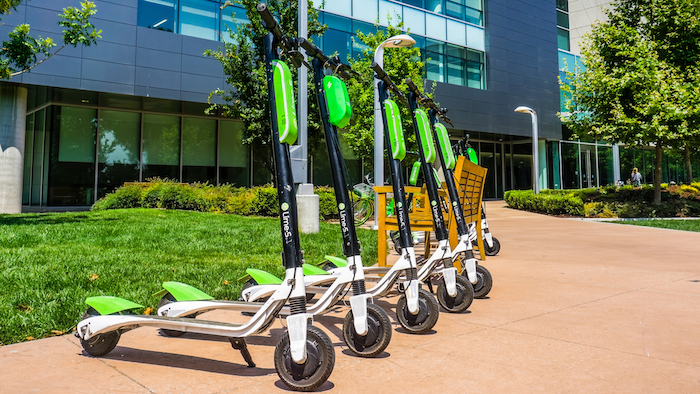 A leading provider of rented electric scooters conceded this week that it pulled thousands of the devices from its fleet due to concerns they could catch on fire.

Lime, one of several companies that enable urban commuters to hitch a ride on a motorized scooter via a smartphone app, said a defect in early versions of its scooter made by Segway Ninebot could cause one of its two batteries to smolder or ignite.

The company said in a statement that it learned about the issue in August and developed software to identify, deactivate and remove the scooters in question.

Officials told the Washington Post that about 2,000 scooters in the Los Angeles, San Diego and Lake Tahoe markets were subject to the recall, and that only a small fraction of those presented a fire risk.

“At no time were riders or members of the public put at risk,” the company said.

Officials added that it was also investigating a recent, unconfirmed report of battery problems in another Ninebot model, and the company said the baseboards on some scooters made by Okai could crack or break if ridden off curbs at high speeds.

In response, all Ninebot scooters will only be able to be charged at Lime facilities staffed around the clock by “employees specially trained for the safe handling of these particular batteries.” It also began daily diagnostic tests of all scooter batteries.

The rapid proliferation of scooter apps resulted in complaints from drivers and pedestrians, as well as from hospitals taking in injured riders. Several Lime employees privately expressed concerns about the safety of the scooters, the Post reported.

“Lime takes full responsibility for our scooters,” the company said in the statement. “The safety of our riders, Juicers and community is our highest priority, and we will continue to hold our equipment manufacturers and ourselves to the highest possible standard.”