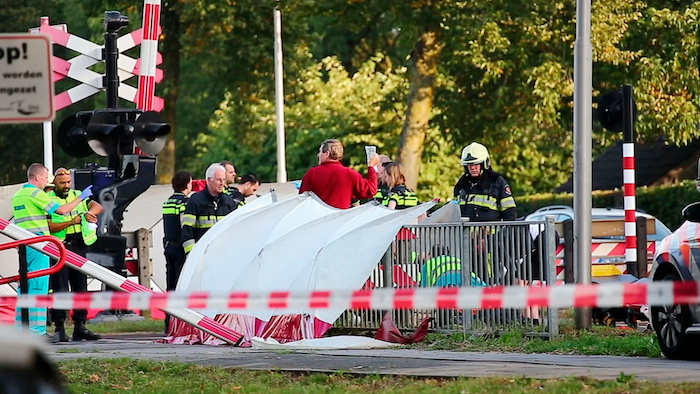 In a Thursday Sept. 20, 2018 file image from video, emergency services attend the scene after a train collided with a cargo bike, at a railway crossing point in the town of Oss, 100 kilometers southeast of Amsterdam, Netherlands.
AP Photo/Charles Mallom File

The Dutch government is banning a type of electric cart used by many childcare centers to transport young children, saying that an initial investigation into a deadly collision last month has uncovered "potential security risks" with the vehicles.

The government said Monday it is banning the vehicles known by the brand name Stint from public roads starting at midnight.

The decision comes less than two weeks after a train slammed into a Stint at a railway crossing in the southern Netherlands, killing four young children and seriously injuring another child and the woman who was operating the vehicle.

Infrastructure Minister Cora van Nieuwenhuizen says the probe so far has raised questions about construction of the vehicles that "could lead to the Stint stopping or no longer braking."