The fully functioning Apple-1 auctioned by Boston-based RR Auction was sold at a live sale Tuesday. 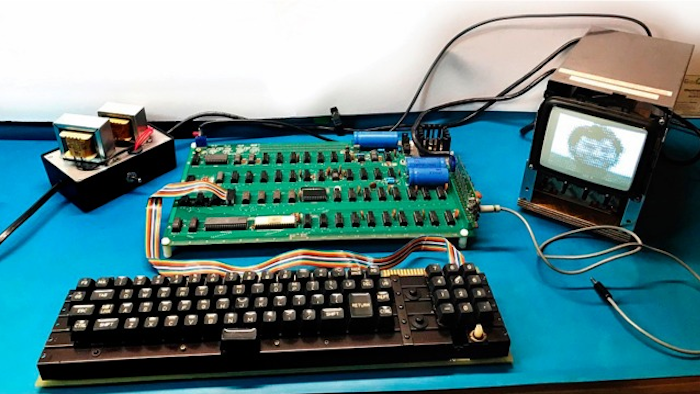 A computer built in the 1970s that helped launch the personal computer age as well as a trillion-dollar company has sold for $375,000.

The fully functioning Apple-1 auctioned by Boston-based RR Auction was sold at a live sale Tuesday.

RR says the winning bid came from a U.S.-based businessman who wishes to remain anonymous.