A former puppet specialist with the Broadway musical "The Lion King" is accused of printing a gun in the theater's prop room. 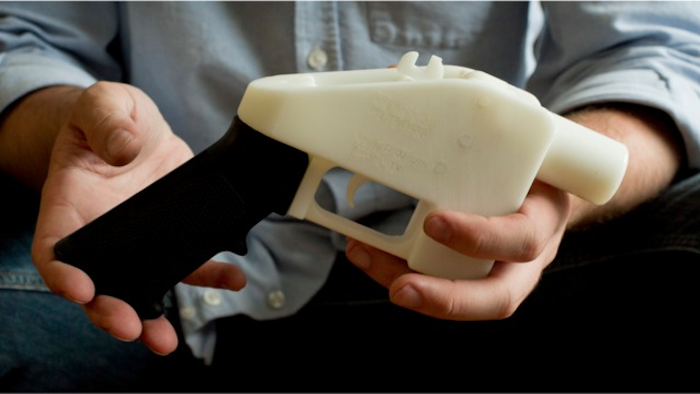 In this May 10, 2013, file photo, Cody Wilson holds what he calls a Liberator pistol that was completely made on a 3-D-printer at his home in Austin, Texas.
Jay Janner/Austin American-Statesman via AP, File

A former puppet specialist with the Broadway musical "The Lion King" is accused of printing a 3-D gun in the theater's prop room.

Ilya Vett was arrested last week on a misdemeanor charge.

It says Vett told a detective that he was making a gun as a gift for his brother, who lives upstate and has a gun license.

In New York, it is illegal for an unlicensed person to print a 3-D revolver.

Vett's attorney did not immediately respond to a comment request on Tuesday.

Disney Theatrical Productions declined to comment but confirmed that Vett no longer works at the show.