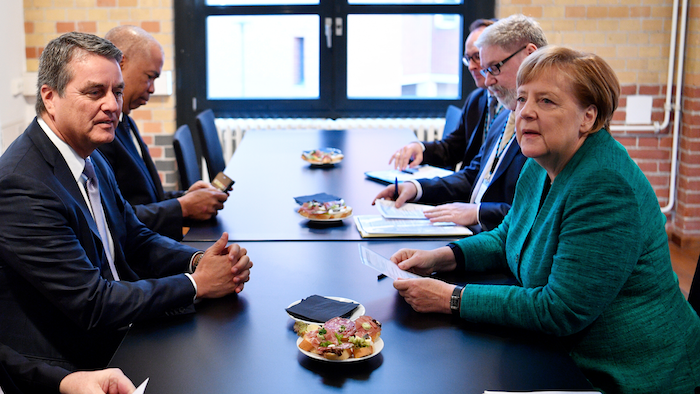 The head of the World Trade Organization says the whole international community has a responsibility to reduce tensions and avert a full trade war, which would produce "no winners."

Trade tensions between the U.S., China and others have spiraled lately and WTO director-general Roberto Azevedo told a German business conference in Berlin on Tuesday that "the warning lights are flashing."

He said that "the continued escalation of tensions will pose an increased threat to stability, to jobs and to the kind of growth that we're seeing today," noting that there is a time lag between the introduction of trade restrictions and the time when their full impact is felt.

Azevedo said that "there will be no winners ... and every region will be affected" by an all-out trade war.