Foxconn, University Partnership to Be Managed Behind Closed Doors 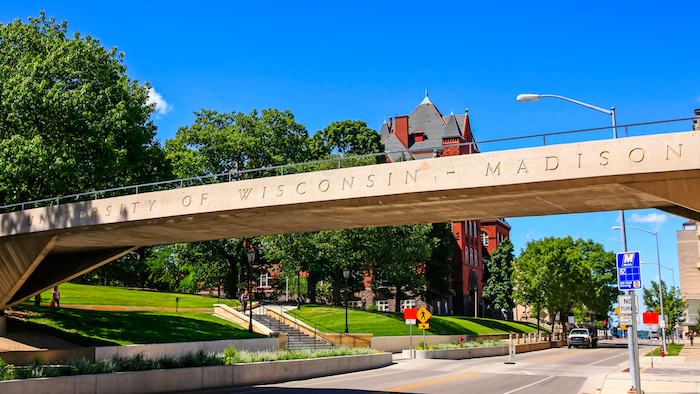 The University of Wisconsin-Madison and Foxconn Technology Group will manage their new research partnership largely behind closed doors, documents detailing the agreement show.

Foxconn and UW-Madison announced plans in August to create a technology institute on campus as well as a research facility in Mount Pleasant, where the Taiwanese electronics giant is constructing a massive flat-screen manufacturing facility with the help of up to $3.2 billion in state incentives.

The Wisconsin State Journal reported Thursday that it has obtained documents outlining the agreement between UW-Madison and Foxconn. The documents indicate the school and the company will establish a joint steering committee to oversee the partnership. UW-Madison officials told the newspaper the committee isn't subject to the state's open meetings law unless members are holding university records.

Other clauses in the documents declare that broad swaths of information, including sales information, research plans, technical information, patent applications, designs and products, will be confidential. If either party violates the confidentiality clauses, the other could obtain a restraining order.

"I think it's obnoxious that the University of Wisconsin would agree to (a) secrecy provision in exchange for a $100 million deal that is already designed to primarily benefit the other party," Leuders wrote in an email to The Associated Press. "These provisions should never have been agreed to, and steps should be taken to remove them."

The documents also indicate Foxconn and the university will share intellectual property rights.

The UW-Madison Teaching Assistants Association said in a statement to the State Journal that sharing those rights endangers academic freedom and the Wisconsin Idea, the university's philosophy that states its research should be used to benefit Wisconsin's citizens.

"The fruits of research at UW belong to the people of Wisconsin, not to a private corporation," the statement said.

The deal also calls for the university to provide Foxconn with multiple opportunities to recruit students, including an annual campus Foxconn Day and job interviews with select students.

University spokesman John Lucas said in an email to the AP on Thursday that the deal is consistent with many other agreements UW has reached with private entities and "embodies the core concepts we use with all of our sponsors." Asked for examples of other contracts, he said he had none.

Leuders challenged the university to back up that claim.

"The UW is a public institution that is supposed to represent the public interest," Leuders wrote in his email. "Creating layers of secrecy over what it is doing under contract with Foxconn is contrary to that ideal."