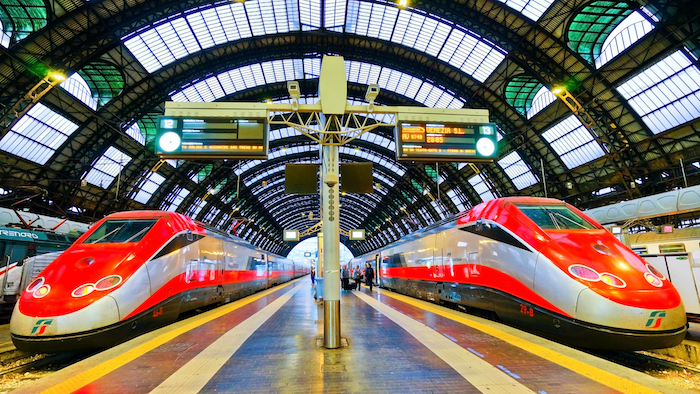 A Texas company has secured a $300 million loan for a proposed high-speed rail project from Dallas to Houston.

Texas Central Partners will use the funds from Japanese sources to move forward with permitting, design and engineering, The Dallas Morning News reported . The company plans to use Japanese bullet train technology for the project, which could be the first high-speed rail service in the U.S.

"This is a loan to be paid back with interest," the company said in a statement Thursday. "It does not change the train's majority-Texan ownership."

The loan will give the company enough equity to move forward with construction once it's authorized, company officials said.

The privately funded project would cost $12 billion to $15 billion, according to Texas Central officials. The train would make a 90-minute trip from Dallas to Houston, with one stop near Texas A&M University in Grimes County.

The 240-mile (386-kilometer) route could open by 2024, the company said. The project still needs final environmental clearance before the five-year construction process can begin.

The Texas Commission on Environmental Quality and the Federal Railroad Administration are both studying the project.

The commission, which began reviewing the project in 2017, said it typically takes more than a year to issue a permit, add conditions or deny a permit.

The administration is expected to finalize its Environmental Impact statement by Jan. 31. It would then make a decision on the project by the end of August 2019.