How Silicone Took Over our Kitchens

Silicone was originally invented as an insulating material for electric motors. But designers eventually realized that it was an ideal material for a range of household goods. 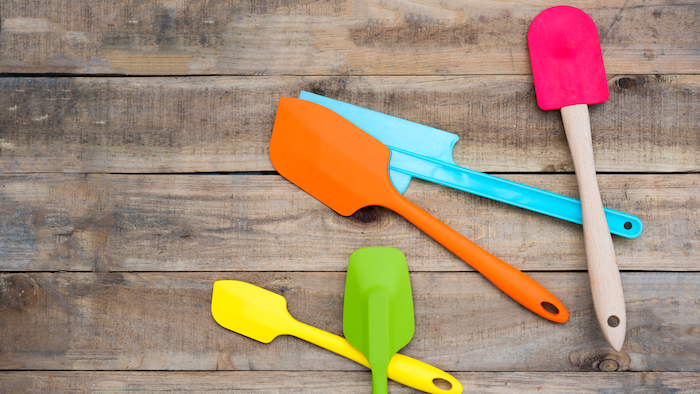 One of my ice cube trays is a small, yellow novelty tray that, when placed in the freezer, molds water into little duck-shaped pieces of ice.

You’ve probably seen ice cube trays like this in all types of shapes, from airplanes to superhero logos.

While these trays have become commonplace, they symbolize how the material used to make them – silicone – has transformed our kitchens over the past two decades.

Silicone was originally invented as an insulating material for high temperature electric motors and would later be commonly used for breast implants. But designers eventually realized that it was an ideal material for a range of household goods.

Design engineers like me love working with silicone because of its durability, flexibility and affordability.

Silicone, also known as polysiloxane, is a polymer – the word scientists use for plastics – that’s known for its rubbery feel.

It also has features that other materials simply don’t have. For example, Mars rovers have silicone parts and coatings because the material is able to withstand extremely high and low temperatures, all while holding its given shape.

Think back to the rubbery silicone ice cube tray. It retains its shape in freezing temperatures but is still flexible enough that it can be twisted to pop out the cubes, without cracking. Then it returns back to its original shape.

There are other flexible polymers that can do this, but they tend to be a bit sticky to the touch – which isn’t the best quality for objects that come into contact with food.

Also, silicones – like most plastics – have low heat conductivity, which means they don’t transfer temperature well. This makes them ideal for muffin forms, loaf pans and Bundt cake pans. You won’t burn your fingers as you’re popping out your baked treats.

Silicone gets a bad rap

How did this space-age material with incredible properties become a standard material for kitchen products?

It all started with breast implants.

Beginning in the 1970s, silicone was the primary implantable material used for breast implants and other body augmentations. Breast implants used two types of silicone. There was a firm silicone used for the shell and a viscous silicone gel used as the filler.

Safety concerns about silicone breast implants cropped up in the 1980s. Some patients who had received implants complained of fibromyalgia, arthritis and other symptoms. The symptoms seemed to go away when the implants were removed, and people suspected that silicone gel was leaking from the outer shell. This suspicion couldn’t be proven, but the public started to become wary of silicone implants, while the plastic came to viewed as a dangerous material. There wasn’t much of a market for products that used it.

Yet by this point, chemists and engineers had developed entire catalogs of silicone materials that could withstand a huge range of temperatures, had amazing elasticity and flexibility, and possessed very low thermal conductivity. Importantly, because many were used for breast implants, they had already undergone rigorous safety approvals and certifications. They had also received FDA food-contact certification in the United States.

All that was missing was a vision for how they could be more widely applied, and a public appetite for silicone products.

In the mid-1990s, I worked in an international design firm that helped companies and startups design new products. One day, two polymer sales technicians came to my workplace with a three-ring binder containing strips of silicone samples.

The strips had been dyed in a wide range of vibrant colors. Some had been molded with different textures, from little bumps to stylish chevron patterns. The samples varied by durometer, a measure of the level of squishiness. Some were translucent, while others were opaque, crystal clear or even filled with glitter.

They told us that they wanted to reboot silicone’s image – to feature it in an array of household products – and asked us for suggestions.

I don’t remember the specifics of what we told them that day. But I wasn’t surprised when, as the years passed, I started seeing more and more silicone being used for kitchen products. It may not have initially been marketed as a silicone product, due to the bad press the material had received. Yet it makes perfect sense for kitchens, which are like mini laboratories – the science and technology centers of a household.

When cooking, we apply extreme heat and extreme cold; transform matter from liquid to solid; and mix, melt, cut, mash and stick.

Silicone makes all of this messy kitchen work much easier.

When you stir biscuit dough, you can grip a silicone mixing bowl much more easily than its slippery porcelain counterpart. The super-sticky dough is easier to clean off a silicone stirring spoonula and a silicone mat, which you can use for rolling out and cutting the rounds. And the bottoms of my biscuits don’t brown as much when using a silicone baking mat.

We know more about silicone now. It is still used in breast implants that are approved by the FDA if the manufacturer agrees to maintain long-term health studies. There is even a brand, Silpat, whose name is a riff on silicone.

I often think about how silicone continues to have a range of important applications, whether it’s in outer space, in motor components or in emergency rooms.

So each time I take out my rubber ducky ice cube tray and pop out some cubes for my seltzer, it’s a nice reminder of how an extraordinarily complex material can play a little role in day-to-day life.

This article was originally published on The Conversation. Read the original article here: http://theconversation.com/from-breast-implants-to-ice-cube-trays-how-silicone-took-over-our-kitchens-100646.