The Past — and Future — of Plastics

Until the last five years, polymer product designers have typically not considered what will happen after the end of their product’s initial lifetime. 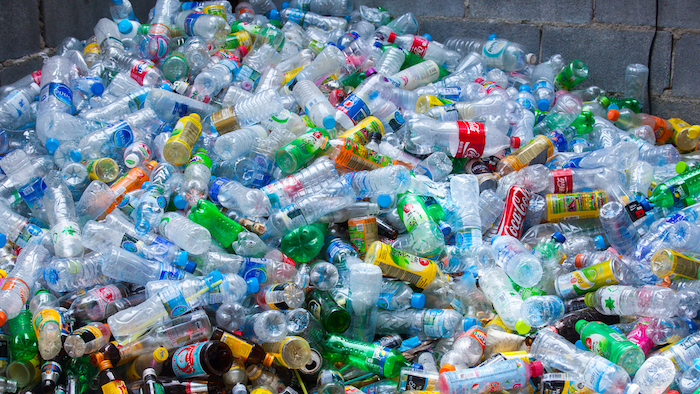 From its early beginnings during and after World War II, the commercial industry for polymers – long chain synthetic molecules of which “plastics” are a common misnomer – has grown rapidly. In 2015, over 320 million tons of polymers, excluding fibers, were manufactured across the globe.

Until the last five years, polymer product designers have typically not considered what will happen after the end of their product’s initial lifetime. This is beginning to change, and this issue will require increasing focus in the years ahead.

“Plastic” has become a somewhat misguided way to describe polymers. Typically derived from petroleum or natural gas, these are long chain molecules with hundreds to thousands of links in each chain. Long chains convey important physical properties, such as strength and toughness, that short molecules simply cannot match.

“Plastic” is actually a shortened form of “thermoplastic,” a term that describes polymeric materials that can be shaped and reshaped using heat.

The modern polymer industry was effectively created by Wallace Carothers at DuPont in the 1930s. His painstaking work on polyamides led to the commercialization of nylon, as a wartime shortage of silk forced women to look elsewhere for stockings.

When other materials became scarce during World War II, researchers looked to synthetic polymers to fill the gaps. For example, the supply of natural rubber for vehicle tires was cut off by the Japanese conquest of Southeast Asia, leading to a synthetic polymer equivalent.

Curiosity-driven breakthroughs in chemistry led to further development of synthetic polymers, including the now widely used polypropylene and high-density polyethylene. Some polymers, such as Teflon, were stumbled upon by accident.

Eventually, the combination of need, scientific advances and serendipity led to the full suite of polymers that you can now readily recognize as “plastics.” These polymers were rapidly commercialized, thanks to a desire to reduce products’ weight and to provide inexpensive alternatives to natural materials like cellulose or cotton.

The production of synthetic polymers globally is dominated by the polyolefins – polyethylene and polypropylene.

Polyethylene comes in two types: “high density” and “low density.” On the molecular scale, high-density polyethylene looks like a comb with regularly spaced, short teeth. The low-density version, on the other hand, looks like a comb with irregularly spaced teeth of random length – somewhat like a river and its tributaries if seen from high above. Although they’re both polyethylene, the differences in shape make these materials behave differently when molded into films or other products.

Polyolefins are dominant for a few reasons. First, they can be produced using relatively inexpensive natural gas. Second, they’re the lightest synthetic polymers produced at large scale; their density is so low that they float. Third, polyolefins resist damage by water, air, grease, cleaning solvents – all things that these polymers could encounter when in use. Finally, they’re easy to shape into products, while robust enough that packaging made from them won’t deform in a delivery truck sitting in the sun all day.

However, these materials have serious downsides. They degrade painfully slowly, meaning that polyolefins will survive in the environment for decades to centuries. Meanwhile, wave and wind action mechanically abrades them, creating microparticles that can be ingested by fish and animals, making their way up the food chain toward us.

Recycling polyolefins is not as straightforward as one would like owing to collection and cleaning issues. Oxygen and heat cause chain damage during reprocessing, while food and other materials contaminate the polyolefin. Continuing advances in chemistry have created new grades of polyolefins with enhanced strength and durability, but these cannot always mix with other grades during recycling. What’s more, polyolefins are often combined with other materials in multi-layer packaging; while these multi-layer constructs work well, they are impossible to recycle.

Polymers are sometimes criticized for being produced from increasingly scarce petroleum and natural gas. However, the fraction of either natural gas or petroleum used to produce polymers is very low; less than 5 percent of either oil or natural gas produced each year is employed to generate plastics. Further, ethylene can be produced from sugarcane ethanol, as is done commercially by Braskem in Brazil.

How plastic is used

Depending upon the region, packaging consumes 35 to 45 percent of the synthetic polymer produced in total, where the polyolefins dominate. Polyethylene terephthalate, a polyester, dominates the market for beverage bottles and textile fibers.

Building and construction consumes another 20 percent of the total polymers produced, where PVC pipe and its chemical cousins dominate. PVC pipes are lightweight, can be glued rather than soldered or welded, and greatly resist the damaging effects of chlorine in water. Unfortunately, the chlorine atoms that confer PVC this advantage make it very difficult to recycle – most is discarded at the end of life.

Polyurethanes, an entire family of related polymers, are widely used in foam insulation for homes and appliances, as well as in architectural coatings.

The automotive sector uses increasing amounts of thermoplastics, primarily to reduce weight and hence achieve greater fuel efficiency standards. The European Union estimatesthat 16 percent of the weight of an average automobile is plastic components, most notably for interior parts and components.

Over 70 million tons of thermoplastics per year are used in textiles, mostly clothing and carpeting. More than 90 percent of synthetic fibers, largely polyethylene terephthalate, are produced in Asia. The growth in synthetic fiber use in clothing has come at the expense of natural fibers like cotton and wool, which require significant amounts of farmland to be produced. The synthetic fiber industry has seen dramatic growth for clothing and carpeting, thanks to interest in special properties like stretch, moisture-wicking and breathability.

As in the case of packaging, textiles are not commonly recycled. The average U.S. citizen generates over 90 pounds of textile waste each year. According to Greenpeace, the average person in 2016 bought 60 percent more items of clothing every year than the average person did 15 years earlier, and keeps the clothes for a shorter period of time.

This article was originally published on The Conversation. Read the original article here: http://theconversation.com/the-world-of-plastics-in-numbers-100291.