President Trump's tariffs against China are causing Element TV Company to lay off nearly all of its employees because of the sudden increase in the price of components for its products. 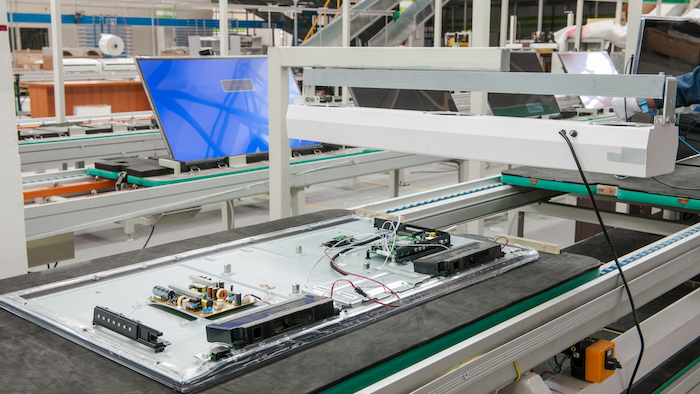 President Donald Trump's tariffs against China are causing a South Carolina television maker to lay off nearly all of its employees because of the sudden increase in the price of components for its products.

Element TV Company will let 126 workers go, most of them on Oct. 5, leaving behind a skeleton crew of eight employees to watch the Fairfield County plant in hopes it can reopen in three to six months, the company said in a letter to state employment officials Monday.

"The layoff and closure is a result of the new tariffs that were recently and unexpectedly imposed on many goods imported from China, including the key television components used in our assembly operations in Winnsboro," the company wrote to the state Department of Employment and Workforce.

The Trump administration imposed a 25 percent import tax in July that included Chinese components for TVs and video equipment.

The Element plant opened to huge fanfare about five years ago. Trump's current U.N. Ambassador, Nikki Haley, was South Carolina governor at the time. In August 2014, she did a live video feed from the plant beamed to a Walmart manufacturing summit, where she spoke about how to bring manufacturing jobs back to the U.S. by selling her state.

"We want to make sure that government is the first group to help you, not hurt you," Haley said.

Haley promised 500 jobs, or about a quarter of the employees currently at the plant.

A message left for officials at Element was not immediately returned.

Current South Carolina Gov. Henry McMaster, one of Trump's earliest supporters, did not immediately discuss the TV plant closing and hasn't addressed in great detail other, bigger companies in South Carolina that have said tariffs might affect them too.

Swedish automaker Volvo has said tariffs could prevent it from reaching its goal of 4,000 workers by 2021 at its just opened plant near Charleston. BMW has warned Trump administration officials that some if not many of its 10,000 workers at its plant near Spartanburg could have their jobs at risk if tariffs continue.

The Element plant is near Winnsboro, which is 30 miles (48 kilometers) north of Columbia. It's the county seat of Fairfield County, which lost about 5,000 jobs last summer when construction was halted on two nuclear reactors.

The layoffs were first reported by The State newspaper.