The company's CEO also apologized for blaming an intern during congressional testimony earlier this year. 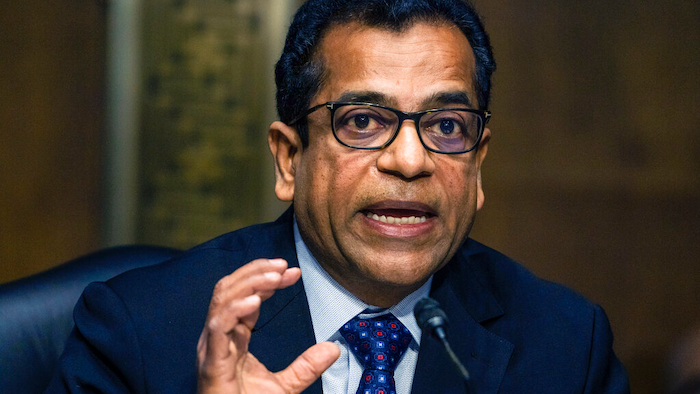 WASHINGTON (AP) — The hackers who carried out the massive SolarWinds intrusion were in the software company's system as early as January 2019, months earlier than previously known, the company's top official said Wednesday.

SolarWinds had previously traced the origins of the hack to the fall of 2019 but now believes that hackers were doing “very early recon activities” as far back as the prior January, according to Sudhakar Ramakrishna, the company's president and CEO.

“The tradecraft that the attackers used was extremely well done and extremely sophisticated, where they did everything possible to hide in plain sight, so to speak," Ramakrishna said during a discussion hosted by the RSA Conference.

The SolarWinds hack, which was first reported last December and which U.S. officials have linked to the Russian government, is one in a series of major breaches that has prompted a major cybersecurity focus from the Biden administration. By seeding the company's widely used software update with malicious code, hackers were able to penetrate the networks of multiple U.S. government agencies and private sector corporations in an apparent act of cyberespionage. The U.S. imposed sanctions against Russia last month.

Also Wednesday, Ramakrishna apologized for the way the company blamed an intern earlier this year during congressional testimony for poor password security protocols. That public statement, he said, was “not appropriate.”

“I have long held a belief system and an attitude that you never flog failure. You want your employees, including interns, to make mistakes and learn from those mistakes and together we become better," he added. "Obviously you don't want to make the same mistake over and over again. You want to improve.”