Prosecutors say Michael Lynch inflated the value of his software company before it was bought by Hewlett-Packard for $11 billion. 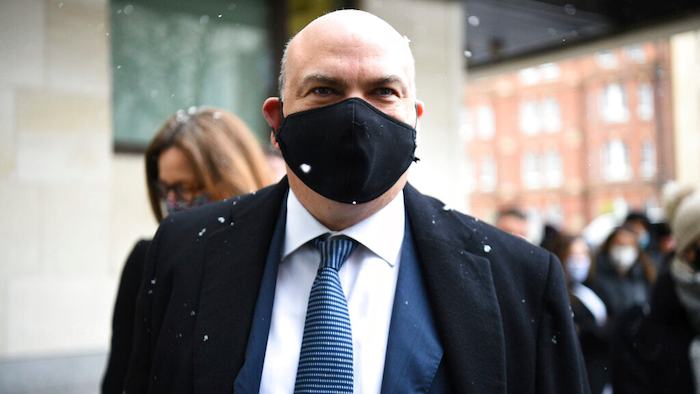 LONDON (AP) — A British tech entrepreneur appeared in a London court Tuesday to fight extradition to the United States on fraud charges stemming from his firm’s takeover by Hewlett-Packard a decade ago.

U.S. prosecutors say Michael Lynch inflated the value of his software company, Autonomy, before it was bought by Hewlett-Packard for $11 billion in 2011. HP wrote off most of the Autonomy purchase price the following year, and the debacle triggered a boardroom shakeup at the American tech company.

“This was an English company, cooking its books in England, making it appear what it wasn’t, and then persuading an American company to grossly overpay for it, based on those cooked books,” Mark Summers, a lawyer representing the U.S. government, told a hearing at Westminster Magistrates’ Court.

“The only unusual feature of this case was the titanic scale of the money involved,” he added.

Lynch faces 17 criminal charges in the U.S. including wire fraud, securities fraud and conspiracy to defraud. Supporters say he could face a decade in prison if convicted.

Lynch, 55, denies the allegations, and his lawyers say he should face any criminal proceedings in England. The U.K.’s extradition treaty with the U.S. allows judges to refuse to hand over a suspect if most of the alleged wrongdoing took place in Britain.

“The U.S. is not the global marshal of the corporate world,” said Lynch’s lawyer, Alex Bailin. “Mr. Lynch vehemently denies he was involved in any form of accounting wrongdoing, or fraud, or conspiracy or cover-up. But it ought to be examined by the English courts.”

Hewlett-Packard is also suing Lynch for $5 billion in damages in a separate civil case in London.

The extradition hearing is expected to last all week, with a judge due to give his ruling at a later date.