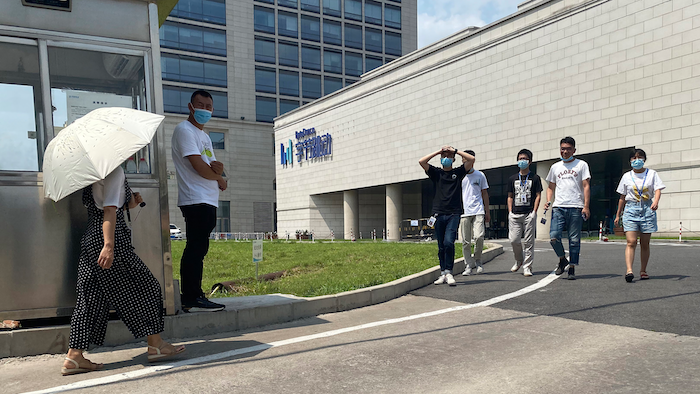 NEW YORK (AP) — Sale talks for TikTok’s U.S. operations have been complicated by the key question of whether the app’s core algorithms can be included as part of a deal, according to a report in The Wall Street Journal that cited unidentified people familiar with the matter.

Those algorithms decide what videos users see without first requiring them to follow other users or specify their preferences. The Journal report stated the algorithms were considered part of the deal negotiations up until Friday.

That's when the Chinese government introduced export restrictions on artificial intelligence technology that appear to cover content-recommendation algorithms such as the one powering TikTok. The move followed President Donald Trump's effort to force a sale of TikTok's U.S. operations by Sept. 20.

Those export restrictions mean that TikTok’s Chinese owner, ByteDance Ltd., would have to obtain a license to export any restricted technologies to a foreign company. The question is whether its algorithms would need Chinese government approval for transfer, and if so, whether Beijing would sign off.

The Journal report said both the prospective buyers and the seller, ByteDance, are trying to figure that out. Prospective buyers for U.S. TikTok assets include a Microsoft-Walmart team-up and, reportedly, Oracle.

Representatives for TikTok did not immediately respond to a request for comment on Tuesday. Microsoft, Oracle and Walmart declined to comment.