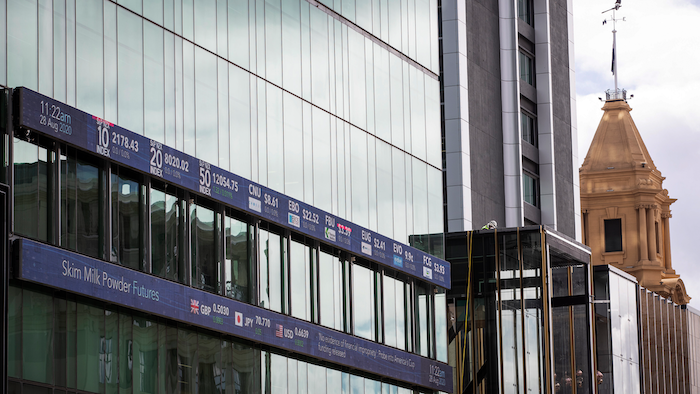 The New Zealand Stock Exchange board on the side of Jarden Building, Auckland, Aug. 28, 2020.
Greg Bowker/New Zealand Herald via AP

The attacks have affected the private company NZX which hosts the market, halting trading for up to several hours at a time.

“We as a government are treating this very seriously,” he said, adding that security concerns prevented him from saying much more.

Neither the NZX nor Robertson said if the attackers sought a ransom, as some have speculated.