The social network said the rules could reduce what apps earn by advertising through Facebook's audience network. 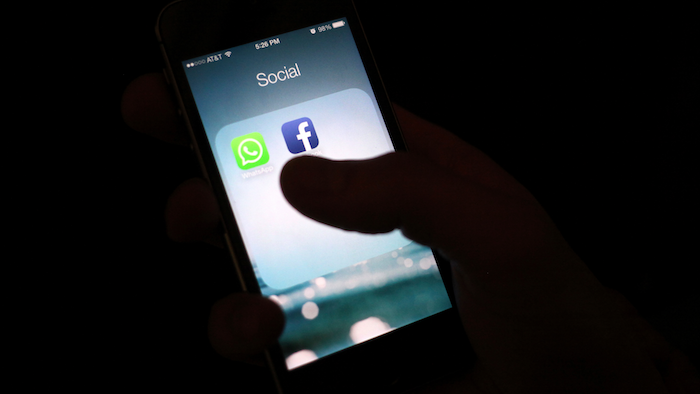 OAKLAND, Calif. (AP) — Facebook is pushing back on new Apple privacy rules for its mobile devices — and putting app developers in the middle.

Apple will soon require apps to ask users for permission to collect data on what devices they are using and to let ads follow them around on the internet. The social network said Wednesday that those rules could reduce what apps can earn by advertising through Facebook's audience network.

Facebook said it expects “less impact" on its own advertising revenue than on the ad-supported businesses that rely on its audience network to promote their apps. The audience network allows Facebook and Instagram advertisers to place their ads elsewhere on the internet.

Apple says the latest version of its mobile operating system, iOS 14, is designed to protect people's privacy. It will require apps to ask users for permission to collect and share data using a unique code that identifies their iPhones and iPads. The update is due later this fall.

Facebook said that because of this change, it will no longer collect the identifier for advertisers on its own apps for iOS 14 devices. It is also asking businesses to create new ad accounts dedicated solely to running ads for apps for iOS 14 users in order to comply with Apple's new rules.

“Advertisers are more likely to go with what they know works, which is Facebook targeting,” he said.

Pachter said investors clearly think that the competing ad networks run by the likes of Snap and Twitter are going to be put at a disadvantage while titans like Google and Facebook charge ahead.

Currently, if an iPhone user looks at an item on the Amazon app, then looks it up on the Best Buy app, advertisers know that someone is shopping around. So they could deliver a promotion to that user, Pachter said. Once iOS 14 is released, that won't be possible unless users opt in.

“That’s going to limit their ability to track a lot of people," he said.

But Facebook will continue to be able to track people through its own systems, which are separate from Apple's device identifiers.

In Facebook's second-quarter earnings call last month, finance chief Dave Wehner said the company is “still trying to understand what these changes will look like and how they will impact us and the rest of the industry. But the very least, it’s going to make it harder for app developers and others to grow using ads on Facebook and elsewhere."

He also called targeted ads “a lifeline for small businesses, especially in a time of COVID."

Apple, on the other hand, said it is intent on giving people more choice over how they want to be tracked by companies on the internet — and the ability to say no if they don't.

David Chavern, CEO of the news-publisher trade group News Media Alliance, said the change is “more annoying than material.” But he added that it could still cost publishers money by making ads on their apps less valuable to advertisers.

“The annoying part comes from the loss of revenue at a time when all revenue is important, and the unilateral nature of Apple’s decision," he said. "They decide and the rest of the world just has to adapt.”