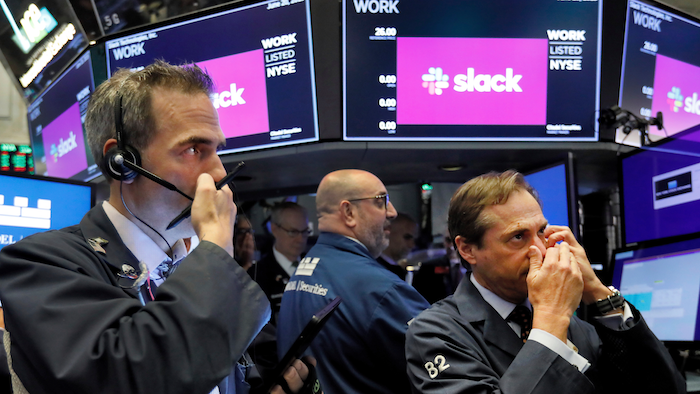 Workplace chatting service Slack has filed a complaint in the EU against Microsoft, accusing the software company of anti-competitive behavior.

Slack said Wednesday Microsoft illegally bundles Microsoft Teams messaging product, which is similar to Slack, into Office 365, its package of email and other widely-used business software. Slack says Microsoft forces companies to install it for millions and blocks its removal.

Slack Technologies Inc., which went public in 2019, has been growing rapidly. It reported $201.7 million in sales in its February-April quarter, up 50% from the same time last year. It also reported 122,000 paid customers, up 28% from when the company went public in April 2019.

The European Commission will review the complaint and decide whether to open a formal investigation.

If the European Commission decides to investigate, Microsoft could potentially face huge penalties. The European Union’s powerful competition commissioner, Margrethe Vestager, who has been at the vanguard of the global movement to rein in big technology companies, has slapped Google with multiple antitrust fines totaling nearly $10 billion, which the company is appealing.

But critics say big fines haven’t had much of an impact on tech giants, and she’s been weighing up stronger measures to curb their anti-competitive behavior.

Vestager was dealt a setback earlier this month, when an EU court ruled that Apple did not have to pay 13 billion euros ($15 billion) in back taxes to Ireland in a case dating back to 2016, dealing a blow to the bloc’s efforts to clamp down on multinationals’ ability to strike special tax deals with individual EU countries.