Authorities made more arrests in the fraud scandal that brought down payment company Wirecard. 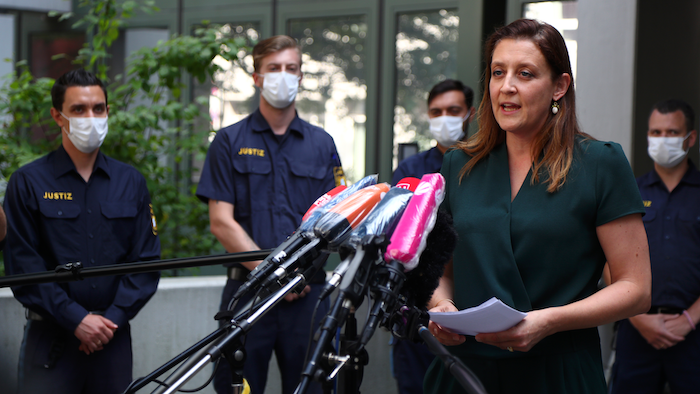 BERLIN (AP) — Two more former executives at bankrupt German payment company Wirecard were arrested on Wednesday in the fraud scandal that brought down the one-time tech star and its former CEO was taken back into custody after the case against him was expanded, prosecutors said.

The two newly arrested ex-managers are the company's chief financial officer until the end of 2017 and its former head of accounting, Munich prosecutor Anne Leiding said. She identified them only as L. and von E. respectively, in keeping with German privacy rules.

The case against ex-CEO Markus Braun was expanded and a court ordered him kept in custody, Leiding said. Braun was first arrested last month on suspicion of market manipulation and falsifying financial results, and then released on bail. A fourth former executive, the head of a subsidiary in Dubai, was arrested in early July.

Wirecard filed for protection from creditors through an insolvency proceeding on June 25 after executives admitted that 1.9 billion euros ($2.2 billion) that had been represented as being held in trust accounts in the Philippines probably did not exist. The company said it is investigating the scope of its business handling payments through regional third parties, a major source of profits, and how that business was being conducted.

Leiding said prosecutors believe that the four suspects arrested, along with others, agreed in 2015 to inflate Wirecard's balance sheet by faking income from business with so-called third-party acquirers, making it more attractive to potential investors.

“In reality, it was clear to the suspects by the end of 2015 at the latest that Wirecard was losing money overall with its actual business,” she told reporters. The suspects initiated talks that resulted in banks in Germany and Japan - along with other investors hoodwinked by the over-rosy annual accounts - providing some 3.2 billion euros in total, Leiding said. The moneyis probably lost now that the company is insolvent, she added.

Leiding wouldn't break down the potential charges against the individual suspects, but said they include fraud, breach of trust, misrepresentation and market manipulation.

The Wirecard debacle has raised questions about the effectiveness of German financial regulation, and about who in the government knew what when. It has been viewed as a setback for the investment climate and attempts to promote the country as a base for financial services companies.