The tech giant will take a 7.7% stake in Jio Platforms. 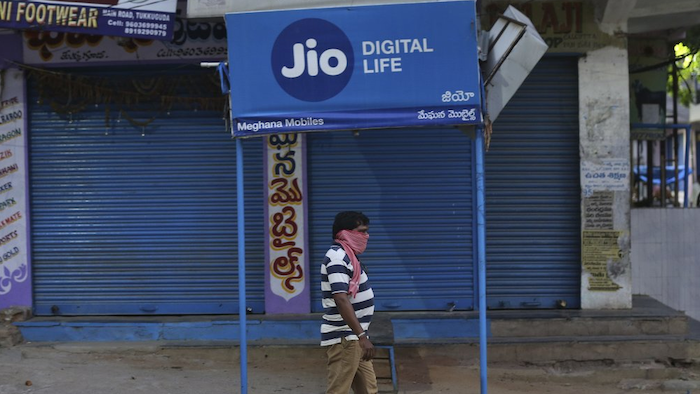 A man walks past a Reliance Jio sign in front of a closed shop in Hyderabad, India, April 22, 2020.
AP Photo/Mahesh Kumar A.

Google CEO Sundar Pichai said in a tweet that the partnership with Jio will help connect hundreds of millions of Indians who do not own a smartphone.

Among other projects, Jio and Google will build a low-cost smartphone.

Google’s announcement came just days after it announced it would invest $10 billion to help accelerate India’s transition to a digital economy in the next five to seven years.

In April, Facebook invested $5.7 billion in Reliance Jio Platforms for a 9.99% stake in it. Jio has registered more than 400 million subscribers in under four years.

Pichai said Monday that the project will focus on building products that are relevant to India’s needs and empower businesses for their so-called digital transformation.