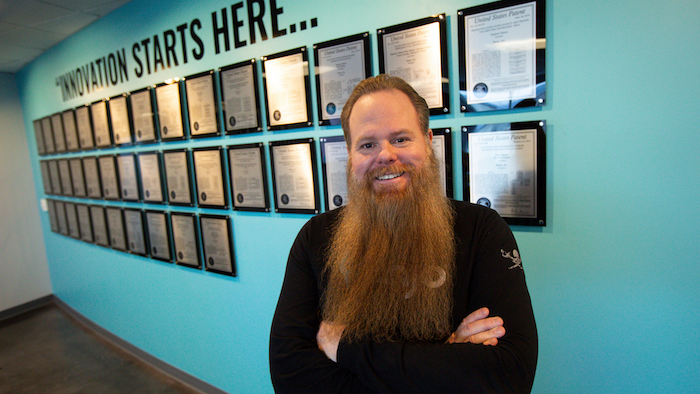 SALT LAKE CITY (AP) — Utah’s attorney general has suspended a $20.7 million contract with a technology company using government surveillance data to develop a crime-detection program amid reports its founder once belonged to a white supremacist group and was involved in a drive-by shooting.

Attorney General Sean Reyes said Tuesday that no one in his office was aware of Banjo founder Damien Patton’s past when it signed the contract and that he would run an independent audit to address privacy concerns it has received over the program and possible bias.

Reyes said in a statement that he and his staff “absolutely condemn the hate and violence promoted by supremacist groups."

The University of Utah and city of Goshen, Indiana, also suspended deals with the company, according to OneZero, a technology publication from online forum Medium that broke the news.

Banjo has access to state data like transportation cameras and 911 calls. It aims to combine that with widely available information like social media and weather reports to help identify crimes and emergencies more quickly and even prevent mass shootings.

OneZero dug up court records and documents from federal hate crimes investigations showing that Patton was involved with a faction of the Ku Klux Klan when he was 17. He also pleaded guilty to being behind the wheel during a drive-by shooting at a Nashville, Tennessee, synagogue in 1990. No one was hurt.

Patton acknowledged his past misdeeds in a statement to The Associated Press, saying he was “lost, scared and vulnerable” when he left an abusive home as a teenager. He said he fell in with skinheads and white supremacist groups that he has since disavowed.

“I did terrible things and said despicable and hateful things,” Patton said. “I know that I will never be able to erase my past, but I work hard every day to make up for mistakes. This is something I will never stop doing.”

The company welcomed the audit and has long maintained that it does not use any facial recognition or surveillance technologies and maintains people's privacy. Patton previously told the Deseret News that the company deletes all government data every 24 hours.

The attorney general’s office has championed the technology, saying dozens of police departments are using it under the umbrella of the contract signed with the state last summer.

Reyes' chief of staff, Ric Cantrell, told the Deseret News in March that staffers had asked questions about privacy concerns and that they were satisfied with the answers.

“The attorney general’s office has a dual responsibility to use the best tools at our disposal to fight crime and protect lives ... and also be a staunch defender of every citizen’s constitutional rights,” Cantrell said.

He did not immediately have any real-world examples showing the technology being used but said the system was still being built out.

Civil liberties advocates were concerned and called for new rules to govern the use.