It uses location data to help people find their friends. 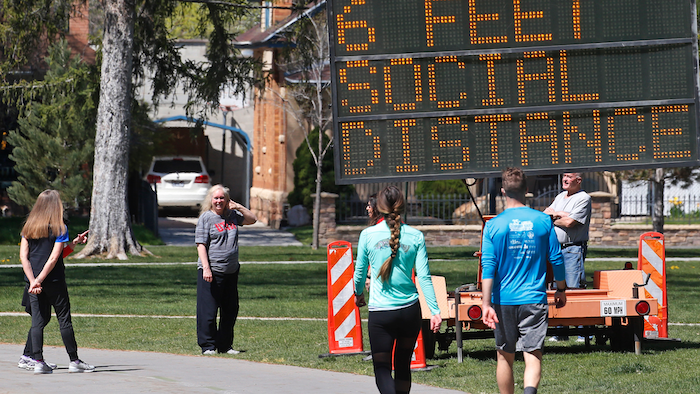 The state has contract worth up to a $2.75 million with the social-media company Twenty, which makes an app that helps people use location data to find their friends to hang out.

The company used its technology to build an app called “Healthy Together” for the state. People who download the app will get daily reminders to self-report any symptoms, then be directed to testing if they’re at risk. If a case is confirmed, the app will use cellphone location data to trace back everyone they may have exposed to the virus, even those people who they don’t know or never spoke with.

The approach is similar countries like South Korea, which used technology extensively to trace potential spread of the disease. Traditional contact tracing relies on people remembering who they have been in contact with, and requires a health-care worker to call each of those people and inform they about potential exposure.

Republican Gov. Gary Herbert said data privacy“of upmost concern.” People would have to opt-in, and location data will be deleted after 30 days, except in cases where there are legal requirements to keep it longer. Personally identifiable health data will also be deleted after 30 days, though data stripped of identifying information will be kept longer for COVID-19 efforts.

“I think this can help us, play a good healthy role in helping attack an enemy that is invisible,” Herbert said.

For most people, the coronavirus causes mild or moderate symptoms, such as fever and cough, that clear up in two to three weeks. But it can cause more severe illness, including pneumonia, and death for some people, especially older adults and people with existing health problems.