The top U.S. cybersecurity diplomat said China is stealing “massive amounts” from Western companies, while Iran has stolen data from some 200 universities. 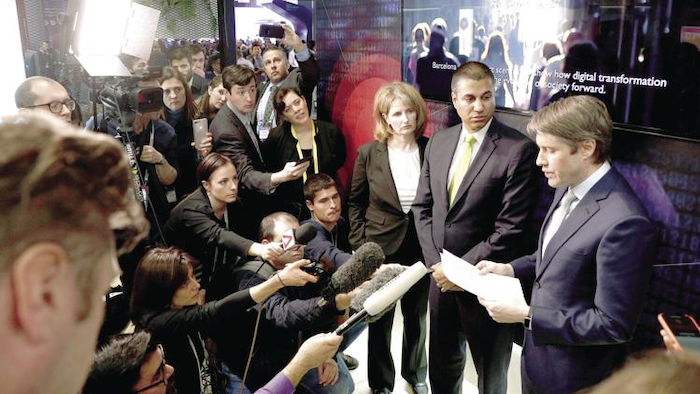 Robert Strayer, deputy assistant secretary of state for cyber and international communications, said in Paris that the data theft “happens on a regular basis.”

Over the last few years, the Chinese “compromised the largest of the global service providers and cloud providers ... and they use that to gain access to the corporate databases of major, large companies,” he told reporters. The stolen data is “in some cases” given to private industry within China “to compete against” the companies they stole from, Strayer said.

“So that happens on a regular basis,” he added.

Strayer was in Paris along with a Justice Department official to convince France not to use Huawei technology from China, at least in the sensitive core of their networks, due to security risks.

Turning to Iran, he said that “almost 200 universities” have been victims of data theft, with research and other work snatched, via a group called the Mabna Institute.

Mabna is described by the FBI as a private government contractor that works for the Iranian government “at the behest of the Islamic Revolutionary Guard Corps.”

In 2018, the FBI put out a wanted poster for nine Iranian nationals indicted by a New York grand jury, all allegedly linked to the Mabna Institute in a scheme to obtain and steal data from computer systems and sell the stolen data to the Iranian government, Iranian universities and others. The notice said 144 U.S. universities and 176 others in 21 countries were among victims, which also included five federal and state agencies.