DHS Backs Away from Possible Facial Screens of Citizens

A spokesman said the agency will delete the idea from its regulatory agenda, where privacy advocates spotted it this week. 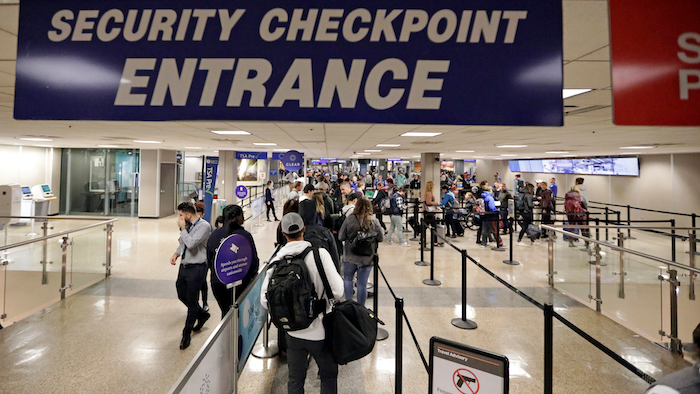 DALLAS (AP) — The Homeland Security Department is backing away from requiring that U.S. citizens submit to facial-recognition technology when they leave or enter the country.

The department said Thursday that it has no plans to expand facial recognition to U.S. citizens. A spokesman said DHS will delete the idea from its regulatory agenda, where privacy advocates spotted it this week.

The advocates and lawmakers accused DHS of reneging on repeated promises not to force American citizens to be photographed leaving or entering the United States, a process that is required for foreign visitors.

Sen. Edward Markey, D-Mass., called the administration's retreat “a victory for every single American traveler who flies on a plane.” He credited public pressure for the about-face. He said, however, that he still plans to introduce legislation to ban biometric surveillance of Americans.

Edward Hasbrouck, a privacy advocate who pointed out the proposal, said the matter might not be settled.

“Was this a trial balloon to find out whether the DHS had finally reached the limits of our willingness to be treated like criminals whenever we fly?” he said. “And if so, has the DHS partially backed off, at least for now? Maybe.”

Customs and Border Protection officials say they originally considered including U.S. citizens in the biometrics program because having one system for Americans and another for foreigners adds complexity and could compromise security or make lines longer.

But after meeting with lawmakers and privacy experts — including this week — it decided it was better to continue letting Americans opt out.

Privacy experts have questioned the accuracy of facial recognition and warned that personal information could be vulnerable to hackers or used improperly by companies holding the data. In response to those criticisms, DHS made some changes, including shortening the time it will retain photographs from 14 days to 12 hours.

Facial recognition is used to screen passengers at more than a dozen U.S. airports. Some airlines, including Delta and JetBlue, tout it as a convenience for passengers who no longer need to show boarding passes and identification.