Family, friends and acquaintances are increasingly the ones stealing and profiting from personal information. 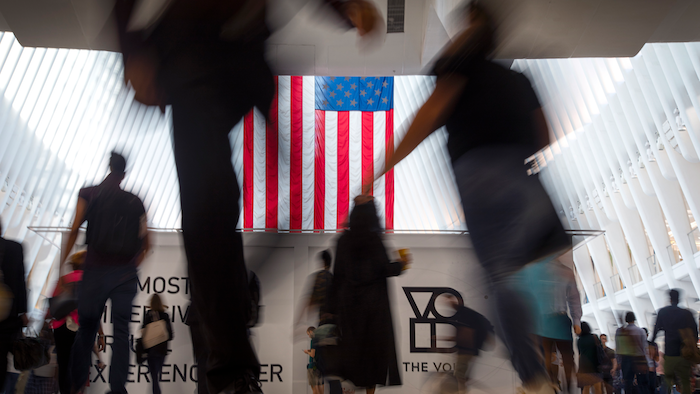 In this Sept. 11, 2019, photo people walk past an American flag at the start of a work day at the Oculus, part of the World Trade Center transportation hub, in New York.
AP Photo/Wong Maye-E, File

When it comes to identity theft and other financial fraud, the perpetrator is sometimes close to home.

While people worry about having their identity or money stolen by strangers online, family, friends and acquaintances are increasingly the ones stealing and profiting from personal information, according to one survey. This creates a tricky and potentially expensive situation for victims to resolve.

Experts say theft by a family member or acquaintance is vastly underreported.

The National Crime Victimization Survey by the Bureau of Justice Statistics from 2016 found that just 6% of all victims of identity theft knew something about the offender. But another more recent report by Javelin Research & Strategy, which surveyed 5,000 adults, found that the number of victims who knew the offender in cases of identity theft spiked to 15% in 2018 from 7% in 2017. Because victims were hesitant to report the crime, about three-quarters of these victims personally bore all or some liability for the fraud that occurred.

Experts said that victims generally do not report the fraud because they don’t want to get friends or family in trouble with the law or cause personal rifts. They often feel some shame and embarrassment that it occurred. And in some cases — such as with children or the elderly — they may be unaware or reliant upon the perpetrator.

Axton Betz-Hamilton is an authority on the topic — both personally and professionally.

Growing up, Betz-Hamilton watched her parents struggle unsuccessfully for years to resolve cases of identity theft. At 19, she discovered that her own identity had been stolen years earlier. It took Betz-Hamilton about eight years to straighten out her credit report.

The cruelest twist came after her mother’s death in 2013, when she and her father discovered that her mother had been the culprit — taking an estimated $600,000 combined from Betz-Hamilton, her father and grandfather through various misdeeds.

She has turned the formidable experience into a career. Betz -Hamilton is now an assistant professor of consumer affairs at South Dakota State University, where she focuses on issues such as family financial abuse, child identity theft and elderly financial exploitation.

She also wrote a book “The Less People Know About Us” about her personal experience.

Since the book’s publication earlier this year, Betz-Hamilton has heard from other victims around the globe — some with stories more extreme than hers. In many cases involving other forms of abuse.

Still, Betz-Hamilton and other experts say many fraud victims are ashamed to come forward.

“It is exceptionally underreported,” said Charity Lacey, spokeswoman for the Identity Theft Resource Center, a nonprofit that focuses on supporting victims.

“There are all these justifications that can happen on the part of the victim as to why they will allow that known perpetrator identity crime to happen,” she said.

Here are a few ways you help prevent or recover from familiar fraud:

It pays to protect yourself in some of the ways you would from any identity theft.

Freeze your credit, which restricts access to your credit file. It’s free, easy and will essentially halt someone from opening any new credit in your name.

While you are at it, freeze your children’s credit too and urge elderly loved ones to do the same. Experts say children and the elderly are often targeted because they’re vulnerable and the activity goes undetected. It’s not just family but friends and acquaintances who take advantage of access to personal information.

Vet anyone who may be in your home regularly — such as caregivers or other service providers. Don’t leave personal information out — such as bank statements — if you are expecting others in your home.

Be selective about who you trust to maintain your finances in old age or in disability. Consider putting checks and balances in place with a financial professional or multiple trusted people as a safeguard to keep each in check.

Keep an eye out for signs of fraudulent activity.

Review your bank and credit card statements closely. Look out for signs of new account activity — this could include bills for items you didn’t buy, debt collection calls for or denial for loan applications. Credit card applications arriving in the mail for a minor are another giveaway.

Pay close attention if an elderly loved one is reliant on others for their care as this is when they are most susceptible. Look out for changes in financial activity or activity they cannot explain. Additionally, take note if items are missing from their home. Also notice if a caregiver shows a change in lifestyle — quitting a job or buying big ticket items for instance.

Kyle Marchini, who co-authored the firm’s report on identity theft, refers to need as one corner of a “fraud triangle,” with opportunity and rationalization as the other two corners.

For example, sometimes a family member might use another’s information to get a loan to pay the rent. While that is easier to rationalize than a spending spree, it’s still a crime.

A big hurdle for victims is the emotional betrayal of someone they trust. Then comes the question of whether to report it.

There’s a lot of guilt and shame about ‘’I should have known better’,” said Lacey of the Identity Theft Resource Center. “Now that person’s outcome is in (their) hand and (they) have a weighty decision to make.”

The police report is “sort of your ticket to show to banks and credit reporting agencies” said Betz-Hamilton. It also helps convince banks and creditors that you aren’t complicit in the fraud, said Marchini.

Consider seeking other help, such as through a victim’s support group like Identity Theft Resource Center or professional therapy.