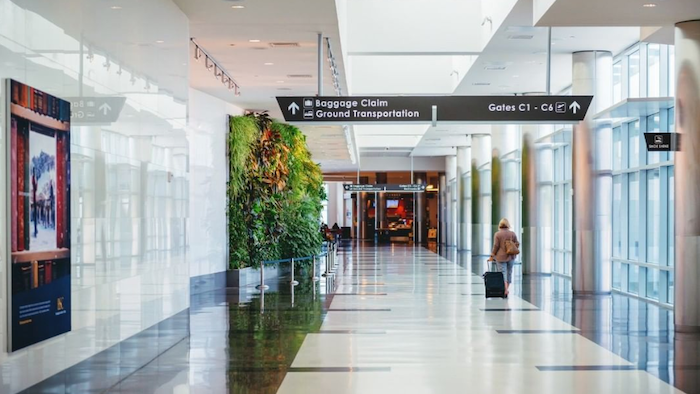 BIRMINGHAM, Ala. (AP) — Alabama's busiest airport is partnering with a company that can identify passengers through eye scans and fingerprints.

The CLEAR service is available for a $15 per month membership, paid annually, with various discounts for family members.

The scan then serves as the passenger's ticket and reservation, Al.com reported .

After the biometric identification, CLEAR members move to the front of physical security screening without having to remove their shoes.

The technology is available at more than 60 airports, including Hartsfield-Jackson Atlanta International Airport and Louis Armstrong New Orleans International Airport. It was used earlier this month at the Major League Baseball All-Star Game in Cleveland. The service has about 3.8 million members, the company said.

In Birmingham, the service should improve the experience of airport travelers, said Ronald Mathieu, president and CEO of the Birmingham Airport Authority.

"Our goal at BHM is to provide passengers an easy and convenient travel experience," he said.

The service employs about 25 people at the airport, Howard Kass, the company's executive vice president for corporate affairs, said.

Why Distributors Will See a Positive Impact from AI

What’s All the Hype Around Hyperautomation?