Robot Umpires to Call Balls and Strikes in Independent League

Computers will be used starting April 25 in the Atlantic League, an eight-team circuit that reached a deal with Major League Baseball to experiment with new rules. 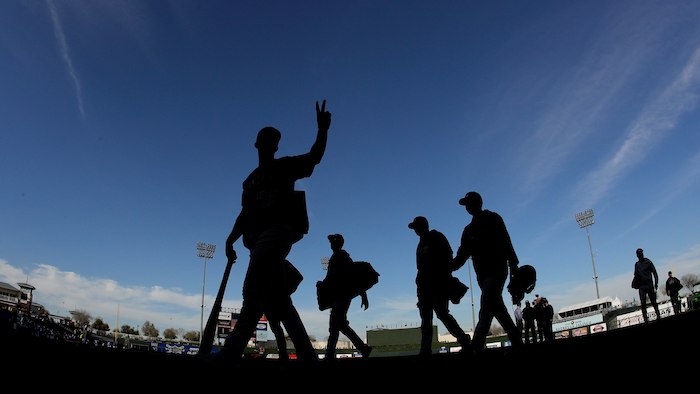 Get ready for strikes by robots.

No, overworked machines aren't walking out in a labor protest.

Computers will be used for ball/strike calls starting April 25 in the independent Atlantic League, where the distance between home and first will be shortened by 3 inches. The ground between the mound and home plate will lengthen by 2 feet for the second half of the season beginning July 12.

The 60-foot-6-inch distance between the front of the pitching rubber and the back point of home plate has been standard since 1893, but Major League Baseball reached a three-year deal to experiment in the Atlantic League, an eight-team circuit that occasionally produces big leaguers. Infield defensive shifts will be limited. Pitchers there will have to get used to 62 feet, 2 inches this summer.

Plate umpires will wear earpieces and be informed of ball/strike calls by a TrackMan computer system that uses Doppler radar. Umps will have the ability to override the computer, which considers a pitch a strike when the ball bounces and then crosses the zone. TrackMan also does not evaluate check swings.

"The beauty of baseball is that it's not foolproof. You've got to hit a round ball with a cylindrical bat square, and then you've got to get it past people," said Joe West, who umpired his first big league game in 1976. "The game is typically American. It's always somebody else's fault when they lose — and usually it's us."

MLB has evaluated its umpires since first starting to install a QuesTec system in 2001 that umpires initially criticized as being inaccurate. Questec was used at a maximum of 11 ballparks in 2008, its final year.

A PitchF/x system, a partnership of MLB Advanced Media and Sportvision, was the basis of evaluations from 2009-16, and the TrackMan system was tested during the final year of that span. TrackMan has been used to evaluate umpires since 2017.

While the distance between the mound and the plate will be lengthened, the height will remain 10 inches — its level since 1969.

"Changing the distance, that seems a little odd to me," Yankees manager Aaron Boon said. "I know lowering the mound is an interesting one, obviously, something that would favor offense and maybe in some level help with some pitching injuries."

Other changes for the season:

— Infield shifts will be restricted by requiring two infielders to be on each side of second base when a pitcher releases his pitch. Infielders also will be prohibited from setting up on the outfield grass.

— Each pitcher must face at least three batters or complete the half-inning, unless injured.

— Mound visits are banned, except for pitching changes or medical issues.

Southern Maryland is at Sugar Land in the opener.