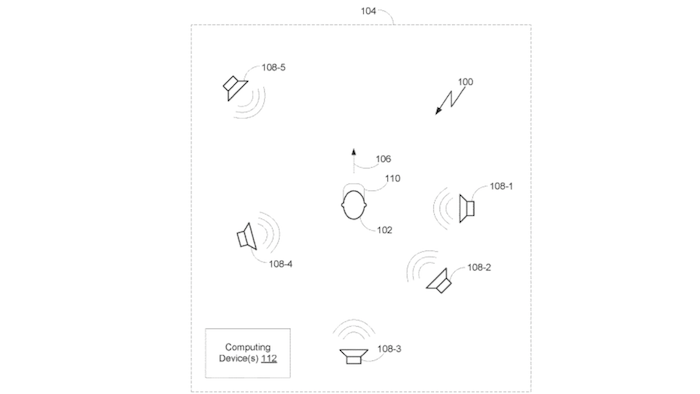 Engineers from a Connecticut technology company suggest that swarms of flying speakers could one day provide a more immersive virtual reality experience.

Harman researchers, in the patent filing, detailed how robotic speakers could be programmed to move to different locations in a room to match the sounds occurring in virtual environments.

They argued the system could more effectively simulate a range of sounds and effects than stationary speakers or headphones.

“[The] audio that the user hears matches more closely with user expectations for the audio based on what the user sees in the virtual reality content,” engineers wrote in the filing.

The robotic speakers, scientists suggested, could roll around on wheels or hover nearby using rotors, or even “vertical gas jet-based propulsion.”