The pilot-scale facility will create and test natural gas foam as a safe and stable alternative to water for hydraulic fracturing. 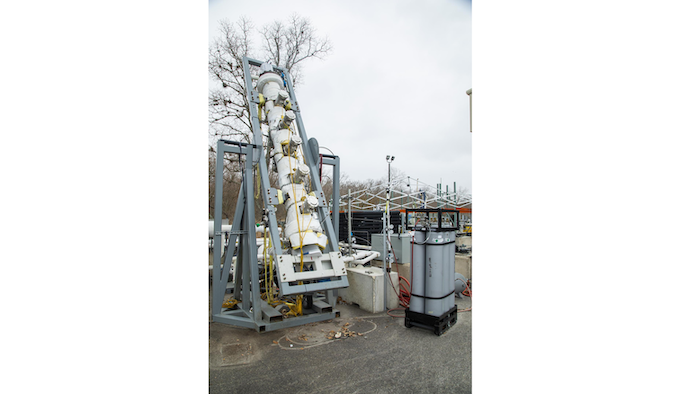 The pilot-scale facility will create and test natural gas foam as a safe and stable alternative to water for fracking.
SwRI

Southwest Research Institute (SwRI) has completed a pilot-scale facility to create and test natural gas foam as a safe and stable alternative to water for hydraulic fracturing, commonly known as "fracking."

The six-year project is part of an effort to show that stable natural gas foam can be generated on-site at fracking locations using commercially available products.

Fracking involves injecting high-pressure fluids into wells thousands of feet deep to fracture rock formations and stimulate the flow of oil and natural gas. This process typically requires millions of gallons of water to inject sand and chemicals into these fractures to enhance production.

"Fracking doesn't always occur near water resources, so the water has to be trucked in," said Griffin Beck, the project's principal investigator. "That process is time-consuming, and can wreak havoc on local roads and related transportation infrastructures, not to mention the tens of millions of gallons of water consumed by the fracking process."

In 2014, Beck and his SwRI colleagues began exploring natural gas foam as an alternative to water. Natural gas, they noted, is abundant in areas where fracking occurs and is often discarded through burning, which produces harmful carbon emissions. Additionally, pumping pressurized water can cause a hindrance in many reservoir types, especially clay, which swells in contact with water and prevents oil from escaping.

"The foam is created by jetting the natural gas stream into the pressurized water," Beck said. "The process utilizes up to 80 percent less water than typical fracking treatments."

The team then created a test facility to investigate the properties of the natural gas foam, demonstrating that it could be created on-site as an additional step to the fracking process. Beck and his colleagues created a foam generation apparatus capable of supplying high-pressure foam to a fracture test stand.

Beck found that the foam's viscosity allowed it to carry sand particles into fractures as efficiently as pressurized water. Additionally, he found that the foam's properties produced less swelling in clay environments and possibly even increased production rates. Currently only a fraction of the petroleum in most reservoirs can be extracted.

"We created a reservoir model to test the foam's efficiency," Beck said. "We compared production to a reservoir treated with water and with natural gas foam. The model showed a 25% improvement in cumulative oil production."

Beck hopes to eventually see the foam tested in the field. The project is scheduled to complete in March 2021, with $2.67 million in funding from the U.S. Department of Energy. 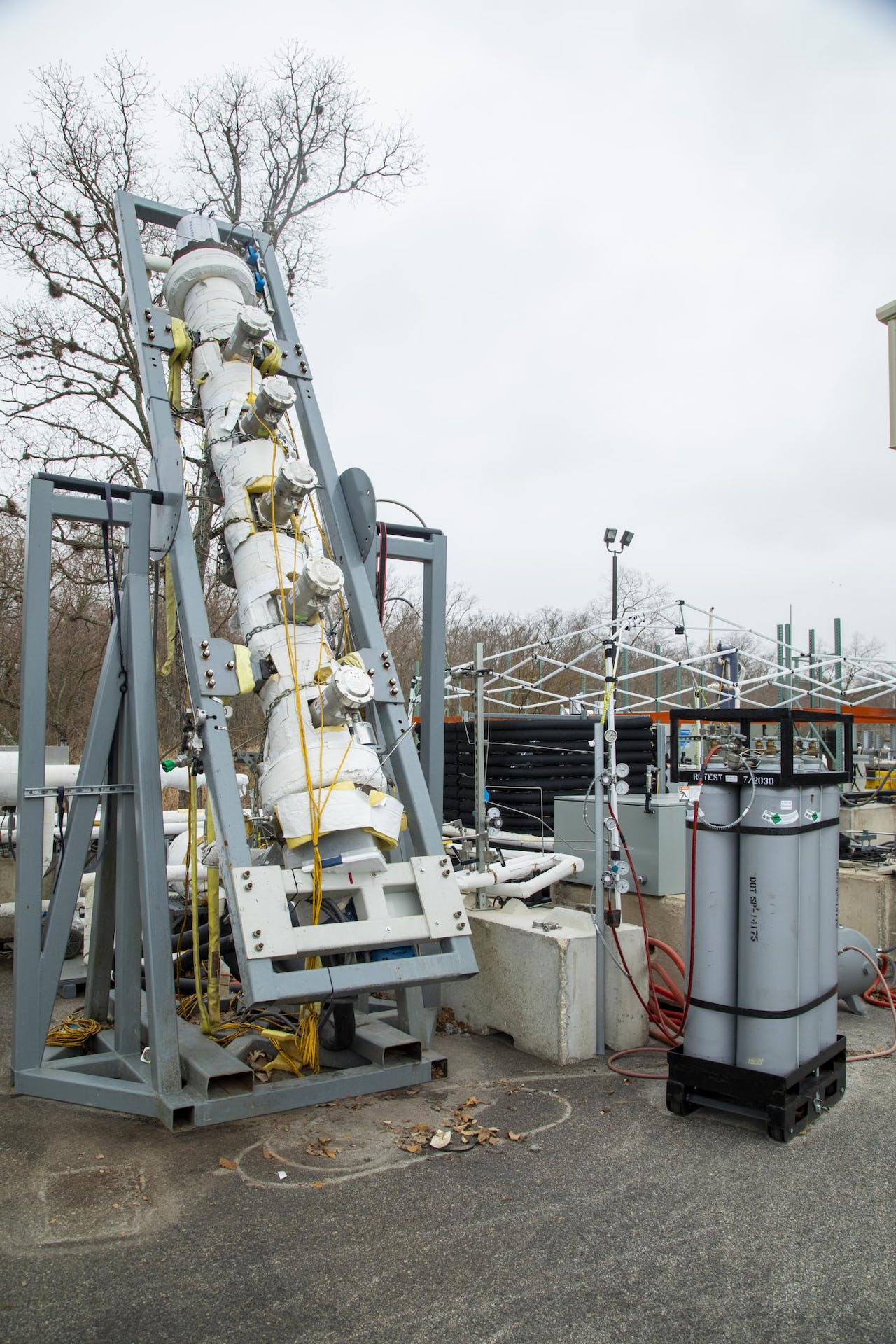 The pilot-scale facility will create and test natural gas foam as a safe and stable alternative to water for fracking.SwRI