Regulators added decades to the lifespans of 32 reactors. 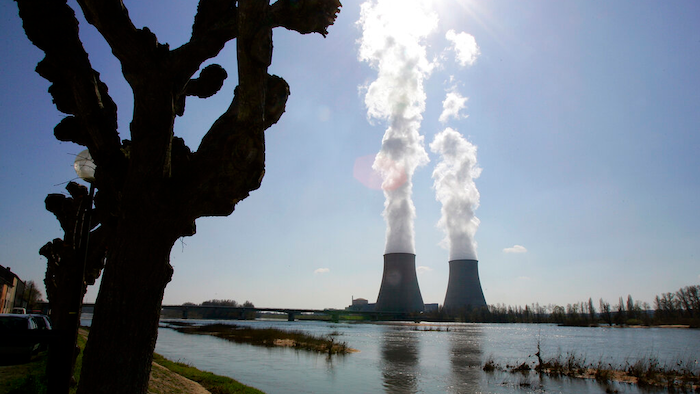 PARIS (AP) — France’s nuclear safety authority agreed Thursday to extend the operational lifetime of the country’s 32 oldest nuclear reactors by a decade to as much as 50 years.

The public electricity company that operates the nuclear plants, EDF, is in charge of ensuring the safety of the reactors, which had previously been intended to run for 40 years.

The nuclear authority said in a statement that it finds that measures planned by EDF "open the prospect of continued operation of these reactors for a further ten years.”

Nuclear energy currently provides about 70% of French electricity, more than in any other country. France aims to reduce that proportion to 50% by 2035 while boosting renewable energy.

Last year, France shut its oldest nuclear plant in Fessenheim, on the border with Germany, which had been supplying electricity since 1977. The government has outlined plans for 12 more reactor closures.

Most nuclear reactors were built in the 1980s, meaning they could be shut down in the 2030s.

“I respect the principle of national energy sovereignty, but I’m very concerned about the increasing superannuation of European nuclear power plants,” Svenja Schulze said in a statement Thursday. “This includes the old French reactors.”

Germany is phasing out its own nuclear power plants by the end of 2022, a decision taken in the wake of the Fukushima disaster in Japan ten years ago.