New Mexico is going after the federal government over contamination from decades of bomb-making. 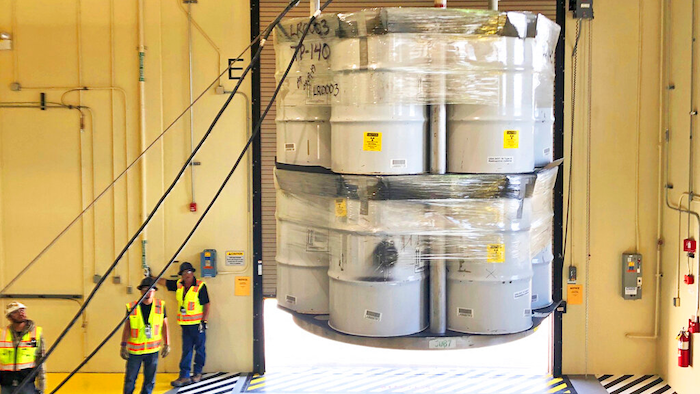 ALBUQUERQUE, N.M. (AP) — New Mexico is going after the federal government for failing to make progress on cleaning up contamination left behind by decades of bomb-making and nuclear research at one of the nation’s premier labs as concerns mount over plans to resume production of key components for the U.S. nuclear arsenal.

The state is seeking to end an agreement meant to guide long-term cleanup at the lab. The consent order between New Mexico and federal government has been renegotiated over the years, with the latest iteration taking effect in 2016 despite criticism from nuclear watchdog groups and environmentalists about unclear milestones and a lack of consequences for falling short.

"The department entered the 2016 consent order with high expectations, but almost five years later, our expectations are far from met,” he said in a statement.

Officials with the Energy Department and Los Alamos National Laboratory did not immediately respond to questions about the complaint.

A once-secret city, Los Alamos has been operating since the early 1940s. It was a key part of the Manhattan Project during World War II to develop the first atomic bomb.

The legal action comes as Los Alamos prepares to ramp up production of the plutonium cores that trigger nuclear weapons as part of a congressional mandate. The work will be split between the lab in New Mexico and the Savannah River Site in South Carolina. The facilities face a deadline of making 80 cores per year by 2030, with the first 30 due in five years.

Watchdogs and environmentalists have voiced concerns that the plutonium work will create a new stream of waste that will have to be managed and disposed of when the Energy Department has had trouble cleaning up the legacy waste that remains from the Cold War era.

Aside from pushing for a more robust cleanup schedule, New Mexico is asking the court to issue a $333,000 civil penalty for the Energy Department's lack of compliance related to the existing consent order.

State officials said they have tried to resolve the issues with the agency through a dispute resolution process that began in October. The parties couldn't agree on a plan, and negotiations ended in January.

According to the complaint, hazardous and radioactive substances on lab property exceed standards and pose health risks to nearby communities and contaminated groundwater poses a long-term threat to state drinking water sources.

The filing also says Indigenous communities aren't able to engage in cultural uses of their lands near lab property and that recreational and economic activities in the area are at risk.