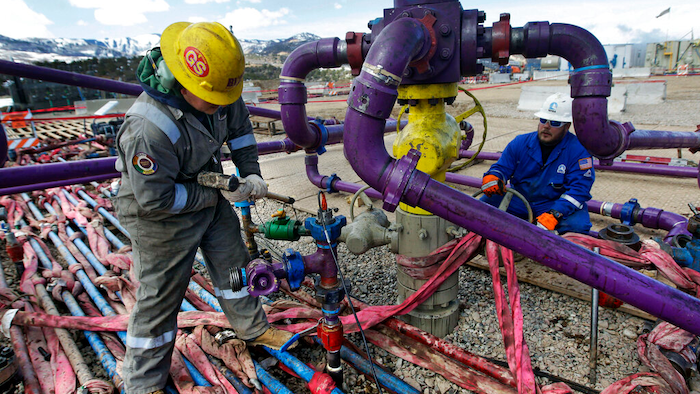 NEW ORLEANS (AP) — The Interior Department said Friday that it is postponing onshore and offshore oil lease sales planned for next month in line with President Joe Biden's executive order on climate change.

The Jan. 27 order instructed federal agencies to suspend oil and gas leasing until the leasing program is reviewed. In separate orders Friday, the Bureau of Ocean Energy Management and the Bureau of Land Management postponed lease sales in the Gulf of Mexico and four Western states: Colorado, Montana, Utah and Wyoming.

Low interest and small attendance at offshore lease sales covering different parts of the Gulf of Mexico prompted President Barack Obama's administration to combine them. Gulf-wide sales began in 2017. Those also have received sparse responses, with some attracting bidders for less than 1% of the available tracts.

“We remain hopeful that the administration will proceed with the (offshore) lease sale upon completion of its review," said Erik Milito, president of the National Ocean Industries Association.

The legal director of a nonprofit environmental group said the Gulf sale postponement is a great step toward ending offshore drilling.

“Canceling this huge offshore Gulf oil auction helps protect our climate and life on Earth," said Kristen Monsell of the Center for Biological Diversity. “President Biden understands the urgent need to keep this oil in the ground.”

Republican lawmakers have said the oil and gas moratorium will harm the economies of Western states without putting a dent in climate change.