The U.N.'s "central objective" is to get countries and companies responsible for 90% of emissions to set credible deadlines. 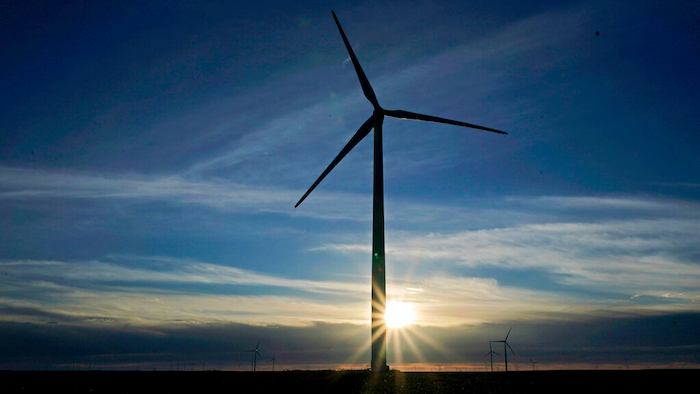 Guterres said the global body's "central objective" this year is to get countries and companies responsible for 90% of the world's human-made emissions to set credible deadlines by when they will stop adding further planet-heating gases to the atmosphere.

Several countries including the United States, China and members of the European Union have already announced plans to achieve “net zero” emissions, meaning they will only release as much carbon dioxide and other gases as can be absorbed by natural or technological means.

But scientists say some of the targets are too far off and aren't backed by clear plans that would ensure that the Paris climate accord's goal of capping global warming at 1.5 degrees Celsius (2.7 Fahrenheit) can be achieved.

“The drive to net zero must become the new normal for everyone, everywhere, for every country, every company, city, financial institution, as well as the key sectors such as aviation, shipping, industry and agriculture," Guterres told diplomats during a virtual gathering. "At the same time, all commitments to net zero must be underpinned by clear and credible plans to achieve them. Words are not enough.”

After making good on his campaign pledge to rejoin the Paris accord, U.S. President Joe Biden is expected to present his administration's strategy for cutting carbon emissions by 2030 at the November summit.

“The United States is putting the climate crisis at the center of our foreign policy and our diplomacy,” the U.S. envoy to the United Nations, Richard M. Mills, said. “The United States considers it a serious threat to our national security and to global security.”

But Mills made clear that the U.S. expects others to join in the fight. The Glasgow summit “will only succeed if the biggest emitters lay out detailed roadmaps in advance, how they will achieve net zero emissions by 2050,” he said — a clear reference to China and others.

Guterres urged major industrialized countries to phase out their use of coal — a big source of carbon emissions — by 2030, and to ensure that poor countries get the $100 billion in funding they need each year to respond to climate change.

He said the U.N. climate meeting in Glasgow this fall, delayed by a year due to the coronavirus pandemic, also needs to finalize rules for international carbon markets that economists say would give companies greater incentives to cut emissions.

One major holdout in those negotiations, Brazil, pushed backed Monday against calls for it to give up vast piles of emissions credits it amassed under rules that experts say weren't stringent enough.

Brazil's U.N. ambassador, Ronaldo Costa Filho, said the Amazon nation wants those credits transferred to the new system, a demand that other nations including the United States are likely to oppose.

The U.N. chief said the global body will make offices and venues around the world available to governments so officials can take part in virtual meetings before the November summit, since the usual flurry of preparatory events likely won't happen in-person because of COVID-19.