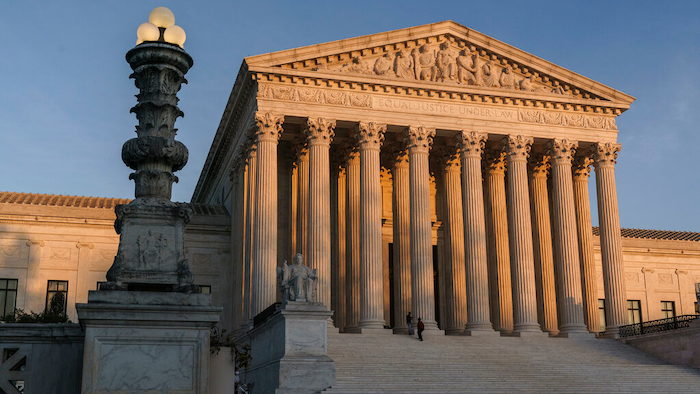 WASHINGTON (AP) — The Supreme Court has agreed to hear an appeal by a gas company seeking to use state-controlled land in New Jersey to build a 116-mile natural gas pipeline.

The high court said Wednesday it would take the case brought by the PennEast Pipeline Co. and that the case would be argued in April.

In 2019, a federal appeals court in Philadelphia sided with New Jersey officials who argued the company can’t use eminent domain to acquire state-controlled properties that are preserved for farmland or open space. The judges wrote that while the federal Natural Gas Act allows private gas companies to exercise the federal government’s power to take property by eminent domain, that doesn’t extend to state-owned properties.

The proposed pipeline would run from Pennsylvania’s Luzerne County to Mercer County in New Jersey. The Federal Energy Regulatory Commission had allowed the project to move forward in 2018.