Authorities say the group served as a conduit to gain legislative approval of a $1 billion bailout for two nuclear power plants. 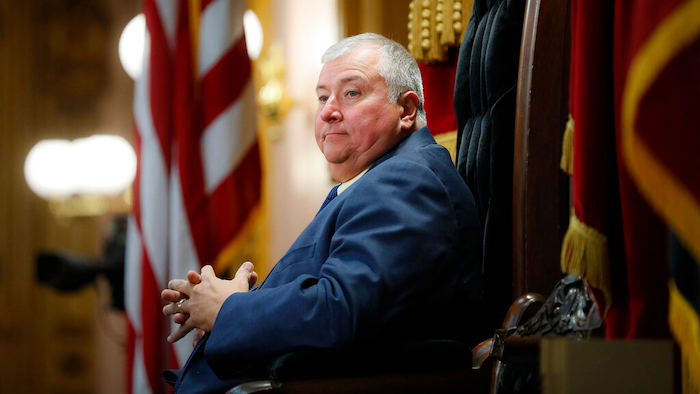 CLEVELAND (AP) — A nonprofit that authorities believe was used to funnel payments for a $60 million bribery scheme to win legislative approval for an energy subsidy bill and block a voter issue from reaching the Ohio ballot agreed to a guilty plea Friday in federal court in Cincinnati.

The agreement calls for Generation Now Inc. to plead guilty to one count of racketeering, the seizure of nearly $1.5 million from two bank accounts and a sentence of five years' probation.

Federal authorities have said former Ohio House Speaker Larry Householder and others used the nonprofit as a conduit for $60 million secretly provided by Akron-based FirstEnergy Corp. The money was used to gain legislative approval of a $1 billion bailout for two nuclear power plants operated by a FirstEnergy subsidiary.

Generation Now, Householder and four of his associates were indicted in July of last year on racketeering charges. Two of the men have pleaded guilty. Householder, who was stripped of his leadership post but remains a state representative, has pleaded not guilty and awaits trial.

The bailout legislation, known as HB6, was supposed to provide as much as $150 annually for the two nuclear plants, but also contained a provision that would guarantee FirstEnergy profits based on earnings from 2018, a year of weather extremes in its northern Ohio service areas.

The Ohio Supreme Court in late December issued a temporary stay to stop the nuclear subsidy from being collected from Ohio customers starting in January.

Earlier this week, Ohio Attorney General Dave Yost announced that his office had reached an agreement with FirstEnergy for the company to forgo collecting revenues from the other ratepayer subsidy, which would have totaled more than $100 million this year.

In addition, prosecutors said the nonprofit Generation Now used around $38 million of FirstEnergy cash to pay for a dirty tricks campaign to prevent an anti-bailout group from collecting enough signatures to get the issue on the ballot.