The hope is that putting a price on carbon will unlock billions in investments as countries and companies seek the most cost-effective way to cut emissions. 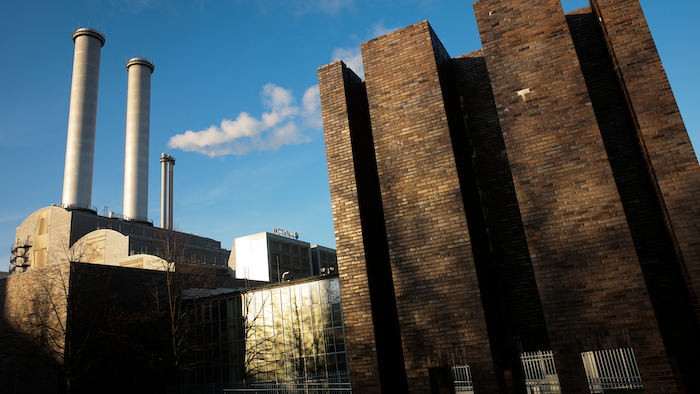 BERLIN (AP) — On a cold afternoon in late November, Jan Gerrit Otterpohl eyes the chimneys of Berlin’s Heizkraftwerk Mitte, a state-of-the-art power plant that supplies the city with heat and electricity. It’s not the billowing steam he’s interested in, but the largely invisible carbon dioxide that the power station exhales as it burns natural gas.

Under European Union rules, the plant’s operator, Vattenfall, needs a permit for each ton of carbon dioxide it emits. Otterpohl’s job is to keep costs low by making sure the company buys only as many permits as necessary, at the current market price.

Economists say that carbon markets like the one Otterpohl uses can become a powerful tool in the fight against climate change, by giving emitters a financial incentive to reduce greenhouse gases. But despite making progress in other areas, governments have for years been unable to agree on the rules that would allow truly global trade in carbon permits to flourish.

Negotiators at a U.N. meeting in Madrid this month are aiming to finally tackle the issue, after last year agreeing on almost all other parts of the rulebook governing the 2015 Paris climate accord.

“There are reasons to be optimistic and to think that there could be some progress because of the political attention that it's getting,” said Alex Hanafi, a lead counsel at the New York-based Environmental Defense Fund.

Many governments are struggling to make the emissions cuts necessary to meet the Paris accord’s goal of keeping global temperatures from rising more than 1.5 degrees Celsius (2.7 Fahrenheit) by the end of the century.

The hope is that putting a price on carbon will unlock billions of dollars in investments as countries and companies seek the most cost-effective way to cut emissions. By capping the number of permits in the market and reducing it steadily, the incentive to save on emissions would grow over time.

“There is tremendous potential for carbon markets to contribute to the achievement of the Paris agreement goals,” said Hanafi.

But he warned that a bad deal on carbon markets, known in climate diplomacy parlance as ‘Article 6,’ would be “worse than no deal at all.”

That would be the case, for example, if airlines find it cheaper to offset their emissions than reduce them; or if countries protect large areas of carbon-absorbing forests, sell the resulting permits to other nations and simultaneously count them toward their own emissions-reduction efforts.

Brazil has long pushed back against some of the stricter accounting rules demanded by the EU and the United States. The Latin American nation, criticized by environmentalists for failing to properly protect the Amazon rainforest, also insists that it should be allowed to keep vast amounts of carbon credits amassed under a now-discredited system, a stance shared by China and India.

“It's very important to really avoid these kind of negative impacts,” said Claudia Kemfert, a senior energy expert at the German Institute for Economic Research.

Kemfert noted that it took more than a decade to tweak the emissions trading system that so far only covers the power and heavy industry sectors in 27 European Union countries— all, except Britain — plus Norway, Iceland and Liechtenstein — a region with well-functioning markets and low levels of corruption.

“As far as the EU (emissions trading system) is concerned, there’s now a mature and functioning market in the areas it covers.”

Expanding that market to cover other sectors in the EU, such as transportation and home heating, or linking it up with other existing emissions trading systems in China, California and elsewhere should be possible, said Daniel Wragge, the director of political and regulatory affairs at the European Energy Exchange in Leipzig, Germany.

“Technically speaking, it’s not a challenge,” said Wragge, whose company manages the marketplace for European emissions, where a ton of carbon dioxide is currently traded for about 25 euros ($27.70). “But, of course, there are certain conditions and the key is, of course, that the certificates are mutually recognized.”

“What we need are many, many activities to reduce emissions,” she said. “If we reach a carbon market, that's fine. But we should go for other solutions very urgently.”