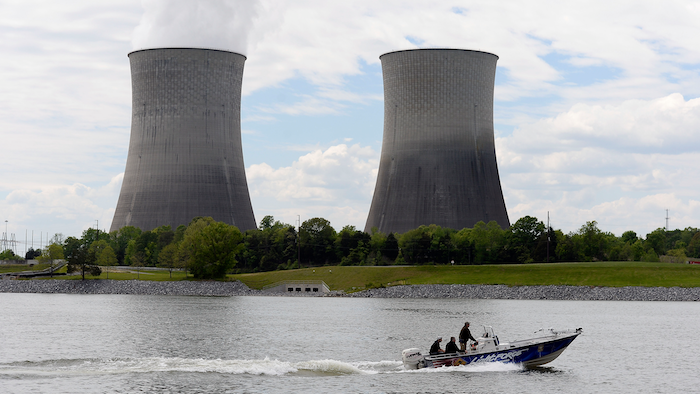 In this April 29, 2015, file photo, a boat travels on the Tennessee River near the Watts Bar Nuclear Plant near Spring City, Tenn.
AP Photo/Mark Zaleski, File

The Nuclear Regulatory Commission notified the Tennessee Valley Authority of the proposed fine regarding the Spring City, Tennessee plant in a Nov. 19 letter. The utility, in turn, says it has taken corrective action, adding that the backup configuration was never used.

According to the commission, the incorrect and inaccurate information that the utility provided from July 2010 to January 2015 didn’t result in consequences, but it was used in part to approve reactor licensing requests at the plant.

The commission has said the backup setup would’ve been inadequate to power safety equipment in certain accident scenarios.

“Had TVA provided complete and accurate information during the NRC inspection, and as part of approval of license amendments, the NRC would have conducted significant additional inspection and/or inquiry, or reached different regulatory conclusions,” the commission’s letter states.

TVA spokesman Jim Hopson said the federal utility inadvertently used the inaccurate information to develop a configuration that would have been rarely used.

“This did not affect public safety, did not impact daily operations, and this plant alignment was never used,” Hopson said in a statement. “TVA has completed an updated safety analysis and is providing the accurate and complete documentation to the NRC.”

Watts Bar has the two newest nuclear units in the United States, with the first unit becoming operational in 1996 and the second following in October 2016.