A state commission last year declined to review whether the refinery could be built near Theodore Roosevelt National Park. 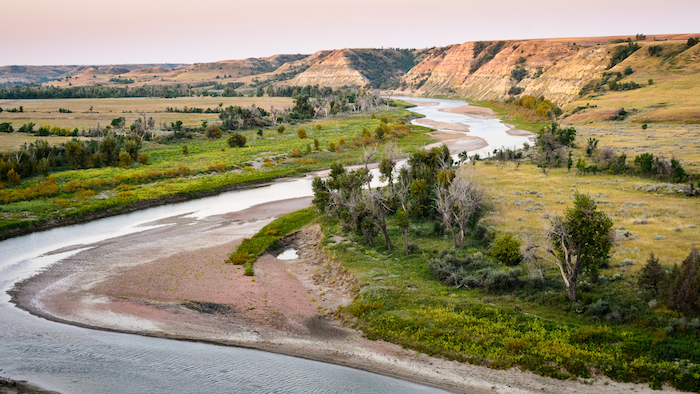 BISMARCK, N.D. (AP) — Two environmental groups who say North Dakota regulators should have intervened in the location of an oil refinery near the state's top tourist attraction, Theodore Roosevelt National Park, are taking their case to the state Supreme Court.

The Public Service Commission last year declined to review whether the refinery could be built just 3 miles (5 kilometers) from the park in the western Badlands, the Bismarck Tribune reported. Regulators concluded the proposed $800 million Davis Refinery would be too small to warrant review under state law.

The Environmental Law and Policy Center and the Dakota Resource Council don't believe developer Meridian Energy Group is being forthright about the refinery's size and asked a state judge to force the commission to hold a hearing.

South Central District Judge Bruce Romanick in May refused, ruling that the PSC followed state law that requires only those oil refineries with a capacity of 50,000 or more barrels daily to obtain a site permit.

Meridian's current capacity estimate for the Davis Refinery is 49,500 barrels daily. The Environmental Law and Policy Center and the Dakota Resource Council question the company's veracity.

Attorneys for the group have now appealed to the state Supreme Court, arguing the groups should have at least been granted a PSC hearing or the opportunity to obtain more information from Meridian.

It's the second dispute over the planned Davis Refinery to reach the North Dakota Supreme Court. The National Parks Conservation Association in March filed an appeal to the state's high court that an air quality permit issued by the state Health Department for the refinery and upheld by a state judge violates the federal Clean Air Act.