Demand for GE Power's gas turbines has fallen as consumers have reduced energy use and switched to renewables. 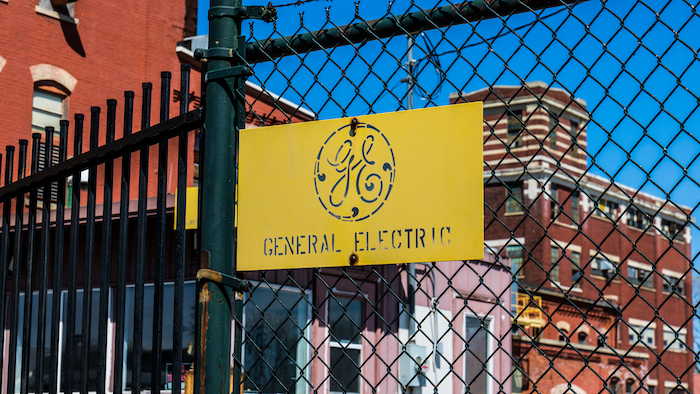 General Electric Co. is shuffling leadership in its struggling power unit, part of the company's ongoing effort to slim down operations.

Power is GE's largest division, and it pulls in more than a third of the company's revenues. But demand for its key gas turbines has fallen as consumers have reduced energy use and switched to renewables.

GE announced last month that it would split its power business into two separate divisions: one that will focus on gas turbines and related services and another that includes its steam, grid solutions, nuclear and power conversion operations.

The GE Gas Power business will be led by John Rice, who retired from GE in December after 39 years with the company. Rice will return to serve as chairman of the Gas Power business. Scott Strazik, currently president Power Services, will serve as CEO of Gas Power.

Russell Stokes, who is currently CEO of GE Power, will serve as CEO of GE Power Portfolio, the new unit focused on steam, nuclear and other areas. Stokes is a 20-year GE veteran who has worked in aviation, transportation and other parts of the company.

"One of my top priorities is positioning our businesses to win, starting with GE Power," GE CEO Larry Culp said in a statement Monday. "The leaders we are announcing today are exceptionally well suited to lead our new Gas Power and Power Portfolio teams in their efforts to deliver better customer outcomes and improve their execution and cost structures."

The management changes come less than two months after the GE board ousted former CEO John Flannery, who served just one year on the job. Flannery was replaced by Culp, who is widely respected by Wall Street analysts for increasing profitability at Danaher Corp. when he was CEO.

Culp, who served on the board at GE before he was named CEO, is seen as an outsider, and he chose to appoint long-time GE employees to the roles.

"You need people who are familiar with where the business has been conducted and where there are going to be shifts in the future with emerging markets," said Nick Heymann, co-group head of global industrial infrastructure at William Blair & Co. "They want people that are understood by the team."

The power unit recorded a $22 write-down in the third quarter. GE said the charge was largely the result of its acquisition of Alstom for $10 billion. GE bought the French company's power and grid business in 2015 just before the gas turbine market peaked.

"It isn't somebody chasing the odyssey," Heymann said. "It happened quickly to everybody."

GE has been gradually shedding parts of its multi-arm business. Last week it announced it sold part of its Healthcare Equipment Finance business — a division of GE Capital — to TIAA Bank. Earlier this month, GE announced an agreement to sell its Current, powered by GE business — part of the company's lighting business — to American Industrial Partners.