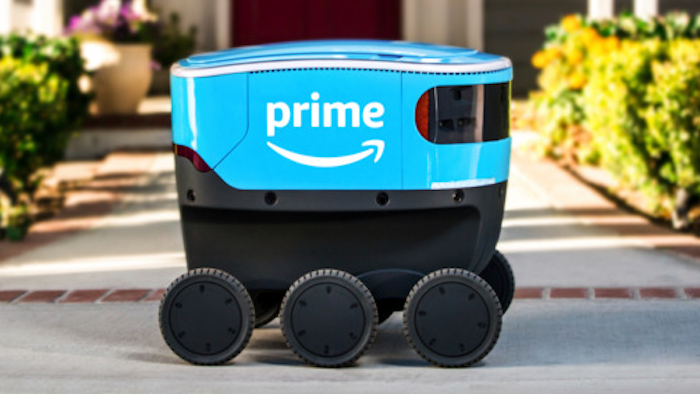 This undated photo provided by Amazon shows a self-driving delivery robot that Amazon is calling Scout.
Amazon via AP

The technology giant said Wednesday the complex will open in 2021 in Westborough, Massachusetts. Amazon says the expansion will create about 200 tech and advanced manufacturing jobs.

Amazon says it has created more than 4,000 full-time jobs in Massachusetts and has invested over $3 billion in the state since 2011.

Tye Brady is Amazon Robotics' chief technologist. He says the new hub will be a place where robots are designed, built, programmed and shipped.

Amazon's robotics division has been focused on making warehouse robots that stack and move goods at its distribution centers.

Massachusetts has been the center for Amazon's robotics research since the company acquired North Reading-based Kiva Systems for $775 million in 2012.