Back in Nov. 2018, we introduced you to Rivian Automotive. The electric vehicle startup was hailed as the "Tesla of Trucks" as its R1T electric pickup truck, with a range of up to 410 miles on a single charge, impressed the crowd at the L.A. Auto Show.

Since then, Rivian purchased a shuttered Mitsubishi plant in Normal, Ill., and plans to hire as many as 1,000 employees. The company has also received significant investments: a $700 million investment round let by Amazon in February 2019, $500 million from Ford in April 2019 and $350 million from Cox Automotive two weeks ago.

Last week, Rivian went from EV startup to potential market leader as Amazon announced an order for 100,000 electric delivery vans. That investment back in February is starting to make a little more sense: the announcement came as part of Amazon chief Jeff Bezos' commitment to making the company carbon neutral by 2040.

The company currently has around 130 employees in Normal but has yet to begin production. According to a report in the Chicago Tribune, 10,000 vans will be on the road by late 2022 with the full 100,000 in operation by 2030. The first electric delivery van will begin delivering packages as soon as 2021.

Based in Plymouth, Mich., the company was founded in 2009 but has yet to produce a single vehicle.

The van order won't shakeup Rivian's plans to deliver the first mass-market electric pickup. According to a Reuters report, Rivian will begin selling the R1T by the end of next year. 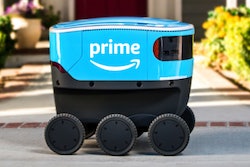