It is being taught how to recognize videos of violent events. 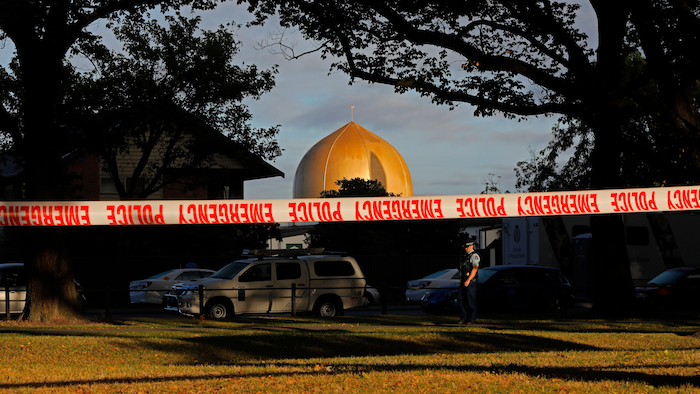 In this March 17, 2019, file photo a police officer stands guard in front of the Masjid Al Noor mosque in Christchurch, New Zealand, where one of two mass shootings occurred. Facebook will work with law enforcement organizations to train its machine learning technology to recognize videos of violent events as part of a broader effort to crack down on extremism. The move comes after its artificial intelligence did not detect the first-person video of a terrorist attack on the mosque in Christchurch.
AP Photo/Vincent Yu, File

NEW YORK (AP) — Facebook will work with law enforcement organizations to train its artificial intelligence systems to recognize videos of violent events as part of a broader effort to crack down on extremism.

Facebook's AI systems were unable to detect live-streamed video of a mass shooting at a mosque in Christchurch, New Zealand.

The effort will use body-cam footage of firearms training provided by U.S. and U.K. government and law enforcement agencies. The aim is to develop systems that can automatically detect first-person violent events without also flagging similar footage from movies or video games.

Facebook has been working to crack down on extremist material on its service, so far with mixed success.

The Most Powerful Street-Legal Mustang

Chevrolet Rolls Out the Fastest Corvette Ever