The automaker collaborated with Eagle Industries and XG Sciences to use small amounts in fuel rail covers, pump covers and front engine covers.

MIT made an elevator button, but nobody shrank — not even a timely cut to Innerspace. The Molecular Foundry made a mascot for kids, Nancy Nano, which looks like an animated STD, and Ford used the occasion to announce that for the first time in company history, it is using graphene under the hood.

Ford collaborated with Eagle Industries and XG Sciences to find a way to use small amounts, less than a half percent, of graphene in fuel rail covers, pump covers and front engine covers. While it's not cost-effective to use it in all applications, it is a very thin and flexible material that can provide a sound barrier and help make the parts lighter but more durable.

Engineers have called it a "miracle material" because it is 200 times stronger than steel and extremely conductive. The material stands to play a significant role in the automotive industry, particularly in paint, polymer and battery applications.

By the end of 2018, graphene will go into production on more than 10 components under the hood on the Ford F-150 and Mustang. According to the company, the tech will eventually be rolled out on other Ford vehicles. 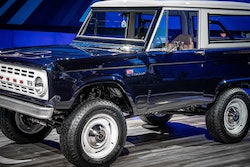 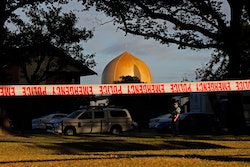 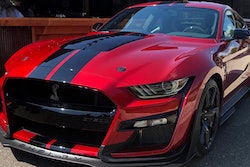 The Most Powerful Street-Legal Mustang